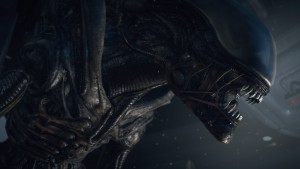 As the year of gaming continues to heat up, Sega are about to get in on the multi platform action with the upcoming release of Alien: Isolation, bringing the Ridley Scott inspired outer-space nightmare to the Xbox 360, Xbox One, PlayStation 3, PlayStation 4 and PC. While a lot of previous Alien-based games have been all out blasters, Isolation, as the name suggests, is the more of a survival horror adventure, so get set for suspense filled creeping and shocking ambush attacks from the mother of all aliens.

Only in-development footage has been released in the trailer below and in screenshots from Sega, but it’s clear that this is a game that’s going to feel a lot closer to the premise of the original film as you find yourself isolated in space with the perfect killing creature. It looks like it’s got parallels with the concept of Zombi U, as you have to go up against the attack with the limited skills and resources you’ve available to you.

The storyline for the game centres around Ellen Ripley’s daughter, Amanda, fifteen years after the events of Alien, as she heads out to discover the truth behind her mother’s disappearance. Woefully under-prepared for the reality of the situation it isn’t long before she’s face-to-face with the might of an alien attack and no one to turn to but people that have become terrified and desperate out in space.

The game is largely set in the Sevastopol, a decommissioned trading station out in the dark recesses of deep space. The intensity mounts with the alien presence, leading the few inhabitants to take their chances with some only out to look after themselves at any cost.

So far, so good for the game, bringing new life to the original storyline and a continuity that sounds, on paper at least, like it could be an impressive return for the series. It also sets the pace for the game as you’re clearly going to be setting out blind, not knowing what to expect, without the resources you might need to take on a killer eight-foot alien of predatory perfection proportions.

The gameplay in Alien: Isolation may well be first person based, but it’s a long way away from being Battlefield 4 in space. Don’t get too disheartened though if you’re a horror loving first person shooter fan, because there’s bound to be at least a few gun shots before the end of the game. It’s just that this is going to be more along the lines of a tense and protracted battle with relatively few baddies, as opposed to an all out blast fest.

Survival against a terrifying attack is the nature of the game and Ripley Jr’s relative lack of preparation for the situation is a big part of the style of it. There’s only one alien for Amanda to face, but with no real plan to start with, job one will be running away and hiding from the hunting nightmare.

However, the two adversaries won’t be alone in space as the inhabitants of the deep-space former trading station are revved up to a fever pitch of fear and desperation, meaning that Ripley probably won’t just have the big mama to content with.

You’ll need to build up a range of skills from system-hacking to more advanced scavenging, with similarities to Tomb Raider: Definitive Edition, in order to survive. You’ll also have a lot of choice in terms of how you go about getting through the game with tactics that range from evasion and distraction to all out attack.

Right now the game is still in development, so the visuals in the gameplay trailer below and the screenshot above aren’t 100% finalised yet. However, they look amazingly cool enough as they are, so if there’s more refinement and sharpening still to come, especially for the potential of the PC and next gen versions of the game, it could be a very atmospheric game in terms of graphics.

Dark space chambers and smart lighting effects combine with a very detailed setting and creeping movement to build the tension visually. We’re loving the lo-fi sci-fi look and feel of the game and clearly the developers have put a lot of effort into recreating a similar experience with the graphics as was the case with the cinematography in the very first movie.

Alien: Isolation hasn’t been given an official release date as of yet, but Sega has announced that it’s slated for distribution in late 2014, so if we had to guess, we’d say that it will be hitting the shelves around November 2014 time. However, we have seen a number of games, like Watch_Dogs, that have delayed their initial release dates slightly to work on making the game all that much more impressive. AI looks fairly well advanced already, so we don’t necessarily envisage a delay at this point, but if there is one it’ll put the release date back to Spring 2015.