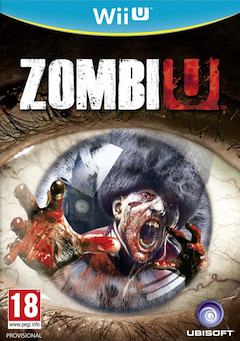 If you haven’t played Zombi U on the Nintendo Wii U yet, prepare yourself for the scariest, most atmospheric adventure of your life. Coming as a launch title for Nintendo’s latest super console, it’s a departure from the cuddlier status quo for the Japanese tech wizards.

Developed by Ubisoft exclusively for the Wii U, it’s the type of game that shocks you instantly with how difficult, realistic and frightening it is. You’re thrown in instantly at the deep end and if you can make it to the Safe House before getting yourself chewed to bits by a zombie, then you’re a better player than I am.

The game opens out with you creeping around in the dark of the night as a survivor of a zombie apocalypse. As your character scavenges around with zombies shambling around in the background you get greeted by a voice calling you down into the tube, but as soon as you follow the instructions the horde turns and gives chase, while you try in vain to make it to the safe house.

The voice in question is an unseen mystery man that calls himself the prepper, talking to you through the comms link in the Safe House. He foresaw the zombie apocalypse and tries to prepare survivors to fight against the zombies (hence the name). Almost as soon as the introductions are out of the way you’re sent out on your first mission for survival and everything gets progressively scary from here-on-in.

One word of warning, if you die, you die. There’s no saving a survivor that gets bitten by a zombie. You start again with a new survivor and have to track down your now transformed former self, kill them to retrieve your weapons and supplies and carry on the story from where you left off.

The skills of the survivor are pretty ropey, but you just about manage to move faster than the zombies, who are quicker than you’d imagine. You start out with no weapons whatsoever, but it shouldn’t take you long to get equipped with the standard pistol and cricket bat that you’ll find invaluable in the first parts of the game. There are much better weapons to come later in the game, but there’s a progression to get to them that rewards you for getting through the missions.

The graphics are so realistic you’ll genuinely have nightmares about zombie invasions for the first couple of weeks of play until you get used to cracking zombie skull into bloody chunks. The movement can feel a bit restrictive and clunky at times, but this is intentional, putting you in the control of an every day person trying to survive, which adds to the realism and difficulty of Zombi U.

The storyline is easy to follow, backed up by the sounds, music and surprise attacks which crank up the sense of unease whenever something sinister is about to drop. The game gets a lot trickier as you get more tooled up too, giving you hordes of zombies to take out with molotov cocktails and automatic weapons.

Sadly, the asymmetric gaming style given to the multi-player version of the game, doesn’t provide enough entertainment to make Zombi U the absolute classic that it could have been. Only available in a 2 player mode, the Wii U controller is used by one player as the King of the Zombies who spawns the walking dead to take out the survivor as player 2, using the Wiimote and Nun-chuck. If this was one amongst many multi-player options, then it wouldn’t be so bad, but as this is the only multi-player function in the game, it’s a big let down.

The only other real negative is that there is no online play mode of any description, which is a real disappointment. If Zombi U had been built with tag team, 4 player death matches and coop missions with online capabilities and lots of variation then it would have been a locked down 5/5 classic, but as it is, its slightly compromised as a result.

That aside, the single player mode of the game is one of the best survival scares ever released, which will see it getting a lot of love for a long time to come. Play it if you dare (and if you’re over 18, which is the certificate that it’s been given with its gory detail), but expect to get chewed up a couple of times as you learn how to play the game and don’t hold out too much hope for multiplayer brilliance.

Check out the trailer below to see what to expect.