For anyone looking for a CGI helping of bare necessities, Disney released its new adaptation of Rudyard Kipling’s The Jungle Book in Spring 2016 at the big screen. Directed by John Favreau (Iron Man 2) and with a very impressive all-star cast that includes Bill Murray as Baloo, the movie has built a fair amount of critical acclaim for itself as it delivered a whole new visual take on the story to refresh Disney’s 1967 cartoon movie classic.

In addition to the trailer , which you can see below, you can also check out some of the cast with their CGI character counterparts in new images released by Disney. Christopher Walken looks particularly cool sat in the shadow of King Louie and Idris Elba is impressive with Shere Kahn below. Visit https://www.tuppencemagazine.co.uk/new-cgi-character-images-released-the-jungle-book-2016/ to see them all.

The Jungle Book (2016) had a US and UK release date on Friday the 15th April 2016, blending a combination of live action and animation to create a new view on Kipling’s Indian forest adventures. It’s a 3D extravaganza, and it’s already looking very impressive, so it was one to see in 3D. It arrived in cinemas in the UK on the same weekend as Kevin Costner and Gary Oldman action thriller, Criminal, but it went on to dominate the box office.

The DVD, Blu-ray and digital download came out in the UK on the 22nd August 2016, but the format of choice for such a visual film has got to be the 3D Blu-ray, which arrived on the same date.

Not much was initially known about the new adaptation’s storyline, but considering the fact that the majority of us will have seen the 1967 film at least once, if not read Kipling’s collection of short stories, there was never much doubt on what to expect. The story centres around a young boy called Mowgli, who is found as a baby by the black panther Bagheera and given to a wolf mother to raise as her own.

As the boy grows up, his existence becomes entwined with that of the forest and the animals around him, but when the man-eating Bengal tiger Shere Khan returns to the forest where the young man-cub has grown up, his surrogate mother and Bagheera decide he needs to return to his own people for his own safety. What remains is a race against time as the panther tries to get Mowgli to safety with the help of the prickly pear eating bear Baloo and a whole host of other animals from the forest. However, they’ll also need to face up to the power-crazed King Louie, the ravenous python Kaa and ultimately the relentless force of the alpha-predator himself.

For anyone interested in finding out more about the original stories from the book, you can read the ebook at Project Gutenberg. 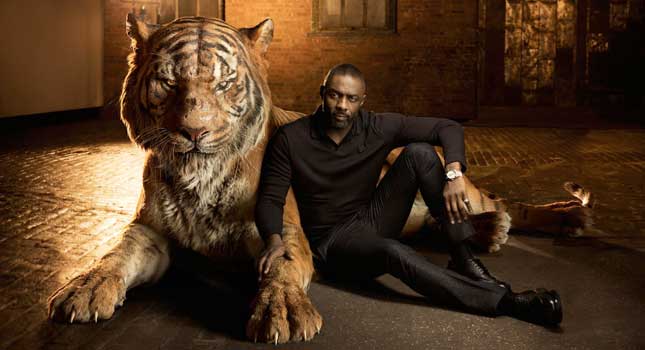 Disney has included a lot of big names as part of the cast for the film, but perhaps the most important is a complete unknown with 10-year-old newcomer from New York, Neel Sethi, taking on the pretty big responsibility of starring as Mowgli. The young actor was selected following a massive international search for the right person to take on the role, which included auditions in the United States, India, New Zealand, UK and Canada.

If we’re honest, if it wasn’t for the quality of the cast that has been confirmed for the production of The Jungle Book (2016), we’d be a little skeptical about the need for a remake. However, it looks like there’s a lot of potential being recruited to help Favreau give the film the effort that it deserves.

With John Favreau in the director’s chair and Disney providing the deep pockets, the production is clearly going to be well financed and delivered with a genuine plan to do justice to Rudyard Kipling’s work. Justin Marks, another relative newcomer, has written the script for the movie, so a lot of the pressure for the end result will rest on two relatively untested shoulders, putting even more responsibility on Favreau to string it all together.

Apart from the promising cast, our initial take on The Jungle Book (2016) was one of trepidation. We couldn’t imagine how the movie was going to work with just the young Mowgli star, Neel Sethi, as the only actor to be filmed in live action for the movie, with everything else around him being animated. Added to that is the fact that the 1967 movie is such a classic that there’s an argument that the story didn’t need a refresh for a modern day audience as the first iteration is still just as relevant today as it was when it was released in the haze of the 60s.

However, the film does a lot to counteract this with such a different look and feel to the previous movie, which has allowed it to stand out a little as something new, instead of the rehash that it could have been. If it had just been a Pixar-esque touch-up job of the old king of the swingers musical feature then it would have been a shocker, but with a whole new style, and a very impressive cast, it’s given us a slightly different Disney’s The Jungle Book experience. It doesn’t wow as much as we were hoping for, but it’s an enjoyable adventure. Read our full review for more details.

To find out more about the author of the original books behind the film there’s a wealth of information at the Kipling Society website.