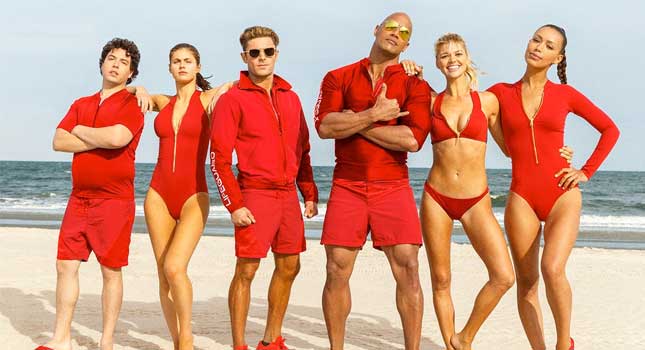 You can always count on Hollywood for a steady supply of both silly comedies and overblown remakes and in Baywatch (2017) we got a perfect storm of both. It’ll add to the release of the tongue-in-cheek reboot of CHiPs a little earlier in the year, giving us more than enough “so bad it’s laughably entertaining” potential to sink our joke shop gnashers into.

For any 90s children out there, especially the men, the Pamela Anderson, Yasmine Bleeth and Erika Eleniak lifeguard TV drama will occupy a very special place in your memory, which is why the upcoming DVD and Blu-ray release is one of the popular at the moment. The movie adaptation attempts to tap into this nostalgia in a big way, while also poking fun at its more serious predecessor. You can check out some of the ridiculous action in the trailer below, along with the modern day replacements for the names, faces and bouncy runs that we all remember so fondly.

Baywatch (2017) had a UK release date of Monday the 29th May June 2017, following on from its arrival at the US box office on the 26th May 2017. It was initially slated to come out on Friday the 2nd June 2017 in the UK, but with some pretty stiff competition from Wonder Woman, out on that weekend, it was brought forward to give the lifeguard reboot a sporting chance on the big screen that week.

The DVD will be released in the UK on the 25th September, 2017 and it’ll be available on Blu-ray and digital rental on the same date. You’ll be able to buy it first digitally in an Extended Cut version, which is due out on the 21st September 2017.

The film follows closely in the footsteps of the TV series, picking things up with lifeguard Mitch Buchanan – this time played by Dwayne Johnson (Moana) – as he tries to deal with the drama and heroics of keeping his patch of Californian coastline safe. The addition of a loud-mouthed new recruit doesn’t exactly make things easy, but with his trusty team of red swimsuits to rely on, he’s got more than enough yin with his yang.

Things get a little tricky, though, when they uncover a plot that threatens the future of the Bay as a dead body is discovered, forcing them all to go above, beyond and sometimes below the call of duty. With criminals muscling in on the tranquility of the beach, the team will need a whole lot of slow motion sequences to save the day. 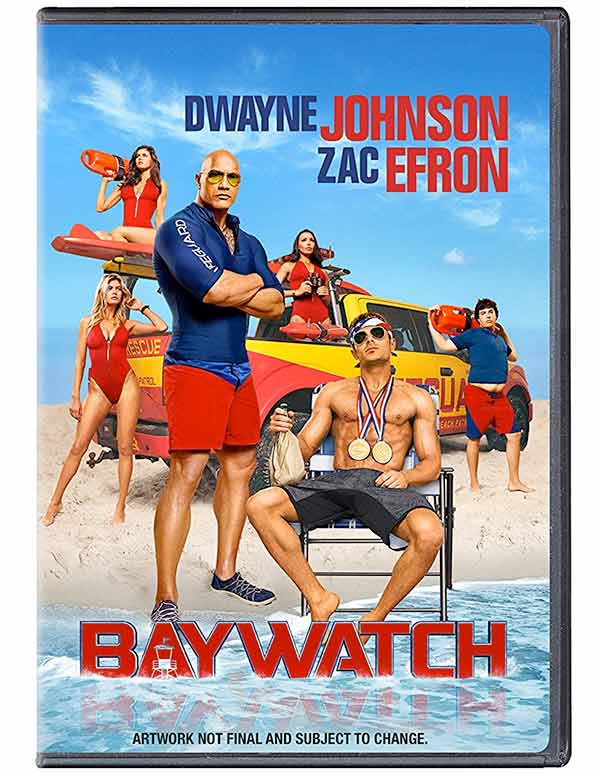 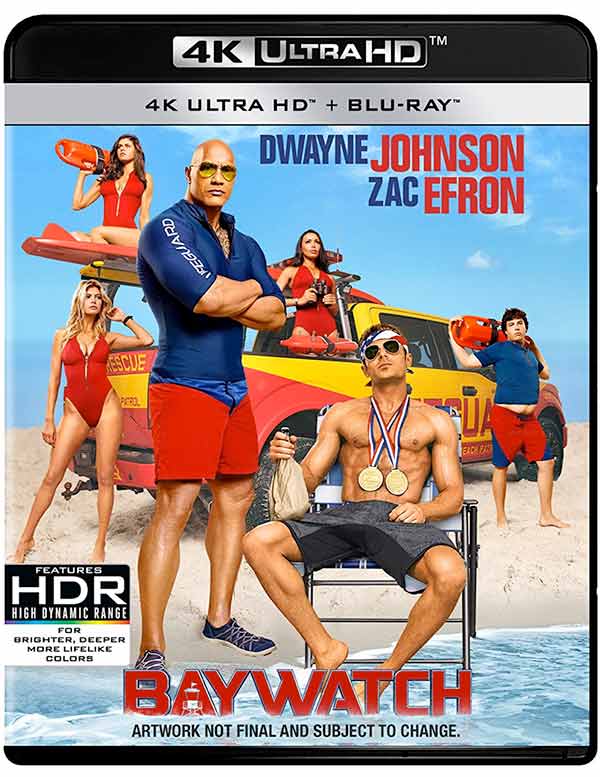 Baywatch (2017) has been given an age rating of 15 in the UK by the British Board of Film Classification (BBFC) with strong language, crude humour, nudity, and violence. It’s a long way away from it’s hyper clean-cut origins!

Dwayne “The Rock” Johnson leads the cast as Mitch Buchanan, taking over from David Hasselhoff to head up the Bay lifeguards, and he’ll be joined by Zach Efron (Dirty Grandpa) as the brash new recruit in the team, Matt Brody, who was played previously by David Charvet. The cast also includes Alexandra Daddario (San Andreas) as Summer Quinn, Kelly Rohrbach as C.J. Parker and Ilfenesh Hadara as Mitch’s love interest Stephenie Holden.

Seth Gordon (Pixels) has directed the movie remake. You can see more on the production of the film at the official Twitter page.

The words, “And the Academy Award for Best Movie goes to, Baywatch (2017)” definitely doesn’t apply, but who doesn’t have at least a little soft spot for the TV series that’s now being transposed onto the movie? It’s daft and way over the top, but it does manage to raise a few laughs along the way, as well as kicking in a little nostalgia for good measure, so it should go on to be on a few DVD and Blu-ray wish lists when the home entertainment release date rolls around.

If you hate this kind of movie then obviously you’re never going to have any inclination to see it, but if you just want a kick back and relax, zero-thinking entertainer that might just give you a few small chuckles, then you’re in luck. Read our full review for more details.