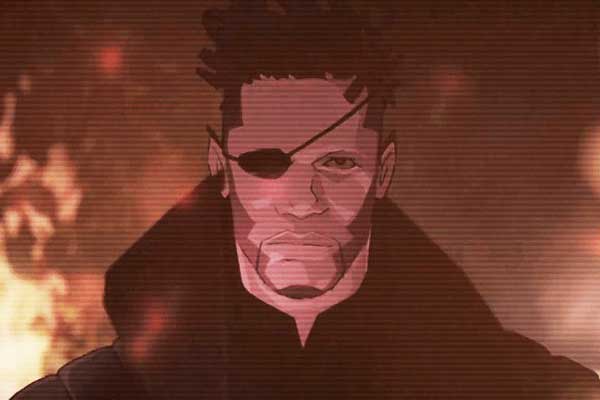 Blade Runner 2049 director Denis Villeneuve (Arrival) has just released the third and final prologue short film ahead of the sci-fi sequel and it’s another fantastic production. This time it’s a stunning animated short with Manga-style anime artwork, which you can watch in full below, along with the other two prologues, which have been created to bridge the 30-year timeline since the original.

The three have been overseen by directors that Villeneuve admires and they act as impressive build-up pieces to the upcoming release. The film will be coming out in cinemas in the UK on the 5th October and if it’s as cool as the prologues and trailers make out then it could join the first film as an enduring science fiction noire classic.

Shinichiro Watanabe’s anime masterpiece is set in 2022, in case you missed it in the title, showing the tide of anti-replicant public backlash that nearly wipes them out. The human supremacists use the replicant database to hunt them down and wife them out, but there are a small number of Nexus 8 replicants left in hiding with specialist skills.

Runaway Nexus 8 soldier Iggy finds fellow replicant Trixie just as she’s about to be attacked by a group of random gits. The two then work together to detonate an EMP blast in L.A. causing a huge black out, while also wiping out the records at the archive to give them anonymity to live their lives. Sadly, Trixie doesn’t make it, but they manage to complete the mission.

It features a range of anime styles from the creator of Cowboy Bebop and Samurai Champloo, blending CGI with simple hand drawn artwork and more traditional anime. It comes together beautifully and gives us a few sneak peaks of characters that will be in Blade Runner 2049, including Morton, played by Dave Bautista (Bushwick), who you can also see in the second of the three prologues below.

Luke Scott (The Martian) has directed the second prologue, set a year earlier than Denis Villeneuve’s Blade Runner film. It focuses on replicant Sapper Morton (Bautista), as he goes about trying to live a normal live in the wild future of L.A. It results in him giving up his identity when he fights a group of thugs that were harassing friends he had made.

Also directed by Luke Scott, the first of the prologues takes place in a single room in 1936 and while that may sound pretty drab, it’s actually one of the most intense short films you’re likely to watch. It gives Jared Leto a lot of air time as Niander Wallace, and he’s literally thunderous with quiet movement, voice and facial expressions that show indefatigably the power that he wields.

It ends on a cliffhanger question, “what shall it be”, about the future of replicant technology in the face of the prohibition laws that were brought in to stop it. However, the Blade Runner 2049 timeline history tells the history of what happens next as the prohibition is repealed the Wallace introduces a more compliant Nexus 9 model.