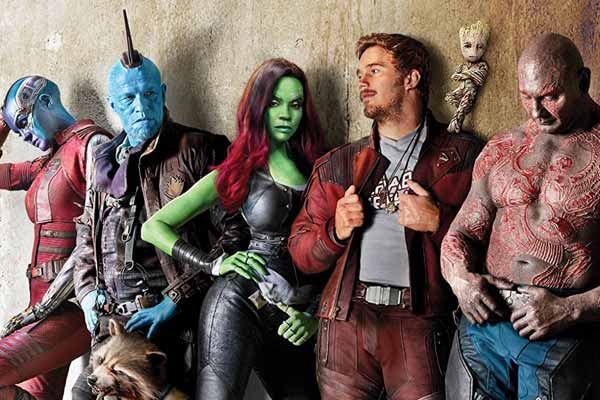 Following on from a strong performance at the box office, Marvel has recently confirmed that Guardians Of The Galaxy Vol. 2 will be getting a UK release date on DVD, Blu-ray and 4K Ultra HD on the 4th September 2017. It’ll also be out on digital to buy first with an expected release in late August 2017, but it won’t be available to rent until the DVD gets its release.

Review scores for the film have been fairly positive across the board with average ratings between 3 and 4/5 stars, including our own review which scored the film 4.5/5. It doesn’t have the same amount of unknown surprises as the opening film, but it’s a great sequel and we’re expecting the DVD, Blu-ray and 4K Ultra HD release to be high up on a lot of wish lists.

The plot for Guardians Of The Galaxy 2 sees Star Lord, Gamora, Drax, Rocket and Grut back in action again as they get tangled up with a number of dangerous interplanetary super-powers. However, things get even more interesting when Peter Quill’s dad turns up out of the blue and proves to be a lot more exceptional than Star Lord could have imagined.

The home entertainment release will be Disney’s first-ever available on 4K Ultra HD Blu-ray, which kind of shows how important big budget Marvel films have become to it since it acquired the comic book giant. If anything, it’s a surprise that previous recent Disney films like Moana haven’t had the 4K Ultra HD Blu-ray treatment as of yet, but if things go well for GOTG 2 then we should see a lot more coming out on the super high definition format, including some of Disney’s big back catalogue films.

While there are no special features on the DVD release for the film, the Blu-ray will be getting more than 80-minutes of exclusive bonus features to go along with the movie. This will include the all-important directorial audio commentary with James Gun and a making of sequence to see how the film was put together behind the scenes and on set during production.

The same special features will also be included on the HD digital download version of the film, along with extra bonuses features, and you can see all of the details below.

As above, and including the following bonus features:

The Guardians Of The Galaxy will also be back in 2019 with the release of Avengers: Infinity War, which will see them teaming up with Iron-Man, Captain America, Spider-Man and the rest of the Avengers team to take on the might of Thanos. The story will centre around the Infinity Stones, which Thanos is trying to bring together for his universal domination efforts and it’ll be up to the Guardians and The Avengers to stop it from happening.

None of the end credits scenes in Guardians Of The Galaxy Vol. 2 feature Thanos, but he was in Avengers: Age Of Ultron in a mid credits scene. The sequence features him putting on his gauntlet and saying “fine I’ll do it myself”, indicating his intent to collect and weild all of the Infinity Stones. The end credits on GOTG 2 tend to focus on what to expect from Vol. 3, so they’re definitely worth checking out.

Share the details for the Guardians Of The Galaxy Vol. 2 UK DVD, Blu-ray and digital release date:

Guardians Of The Galaxy Vol. 2 trailer: