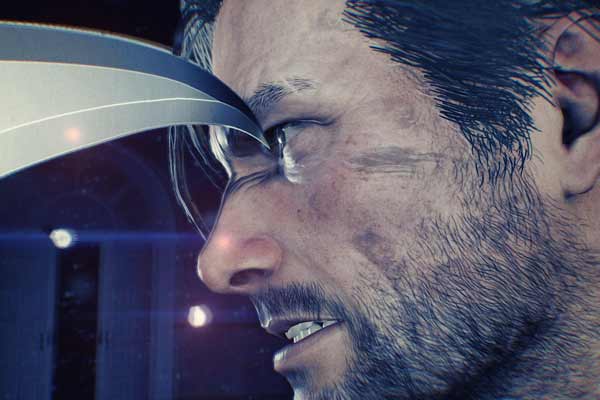 Get ready to be taken on another horrifying journey, as The Evil Within 2 is coming. Revealed at Bethesda’s E3 conference to a positive reaction, the sequel to the popular horror title, produced by Resident Evil’s Shinji Mikami, promises to further challenge the resolve of players. It’s been said that there will be more psychological horror included this time around to test sane minds, so you should probably brace yourself for the nightmare of it all.

Continuing after the events of the first game, the plot this time around will be easier to understand while new gameplay elements have been added with improved graphics. Developer Tango Gameworks wants to create an immersive survival horror experience, and so far there are some very positive signs that it may well have pulled it off.

The UK release date for The Evil Within 2 is October 13th 2017, which just so happens to be Friday the 13th! Players will be able to spend the day in a world of horror and with Halloween just around the corner too, there’s going to be a lot of gamers spending fright night in a world of dark despair. The game will be released for PS4, Xbox One and PC. There will be no release for PS3 or Xbox 360, unlike the first game, and there has been no news on a possible Nintendo Switch release either.

Taking place after the first game, players jump back into the dark story of detective Sebastian Ceballos, who has been dismissed from his police department after his story about Mobius and their dangerous STEM device was not believed to be true. Sebastian spends three years trying to find leads on Mobius, during which he revisits his drinking problem, until his ex-partner, Juli Kidman, informs him that their formerly deceased daughter is still alive.

Sebastian’s daughter, Lily, has been captured by Mobius as their test subject for their STEM world called Union, powered by her brain. Union is a reflection of Lily’s mind and it becomes incredibly unstable. It’s up to Sebastian to save Lily and finally unravel the conspiracies of Mobius before Union collapses.

During his journey, Sebastian must confront several killers who have made an impact in the world of Union while facing his own personal fears and past traumas. It’s a story that will certainly not be for players with the faintest of hearts.

The Evil Within was already an impressive looking game, with graphics that helped to create a dark experience for horror fans. However, they have been further improved for the sequel with more gruesome enemy designs and darker, more detailed environments. Players will witness the horror of hiding within the darkness to see a horrifying monster walking into that one single bright light. It’s perfect for any survival horror gamers.

Sebastian’s body language and emotions will change as he reacts to the horrors around him, adding more tension to certain situations. The addition of psychological horror elements should also make for some interesting maps and character designs in order to spook out players. Check out the trailer below to see it in action.

The Evil Within 2 trailer:

The Evil Within 2 is a third-person survival horror game, with gameplay that involves weapon combat and stealth along with tense, jump scare moments throughout. Players advance through levels trying to survive horrors and completing objectives across multiple maps.

The many maps within the game world have been extended from the last game with players now having numerous ways to advance through a level. These maps will also contain side objectives and scarce resources which are crucial if Sebastian has any hope of saving his daughter. To help with exploring through these bigger maps, there is a new item called ‘The Communicator’ which highlights the objectives, resources and enemies scattered in all areas. It also highlights Resonance points, which gives hints as to what has happened in the world of Union, providing more background narrative.

A crafting system is included as a big feature, allowing player to gather resources to craft new items from ammo to weapons to aid their survival battle. Crafting can be done anywhere, at any time, however crafting at a workbench will lower the required resource materials needed for all items.

‘The Green Gel’ customisation feature makes a return, with Sebastian’s customisable abilities being divided into five trees which are health, stealth, combat, recovery and athleticism. Players who prefer taking the stealth route may choose to max out his stealth and athleticism while keeping his combat to a minimum in the process. Also, weapons can be customised by gathering weapon parts hidden in the world.

With the end of 2017 being stacked with big name releases, The Evil Within 2 is aiming to stand out as an enjoyable survival horror experience which will take gamers on a wild ride. While it won’t have much direct genre competition, the game needs to hang with the big titles and it certainly has the potential to do so.

The intriguing story, tense gameplay and intimidating graphics could help the horror sequel rise up as a major sleeper hit at the end of the year. One thing’s for certain, when Halloween time rolls around fans better have their minds set straight, otherwise their chances of surviving The Evil Within 2 will be very slim.

Share the The Evil Within 2 UK release date, trailer and gameplay details with