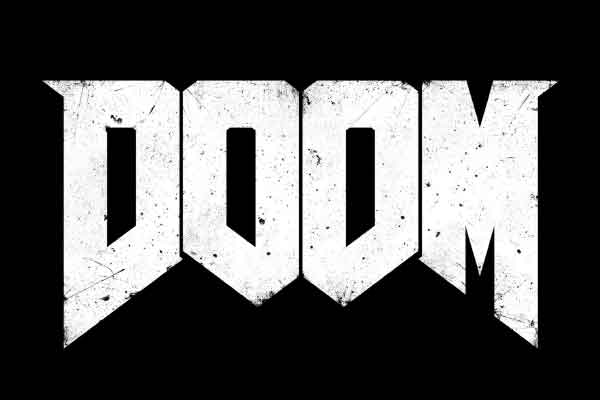 Adding to the recent news that Wolfenstein ll: The New Colossus will be coming to Nintendo Switch, Bethesda also confirmed that it will be bringing its hit first person shooter, Doom, to the hybrid console. The classic series was last seen on a Nintendo console with Doom 64, so this return is a long time coming. It will be another big third party title to add to the Switch’s rapidly growing catalogue.

This port will include all DLC released on other consoles and players can expect to see the same destruction seen in every Doom game. There are some strange major differences which unfortunately makes the Switch look limited in comparison to PS4 and Xbox One. However, this is still a game which Nintendo fans should be excited about.

The UK release date for Doom on the Switch has been scheduled to arrive during this holiday season 2017, but the date itself is yet to be confirmed. Venturing into the depths of Hell on Christmas Day is a typical gamer thing to do. Other big name titles are also coming out at this time, including Skyrim and Rocket League, meaning that Christmas is looking to be a great time to be a Switch owner.

In what is a pretty bizarre decision, Doom’s multiplayer will not be included on the retail disc but rather as a separate download. The size of Switch cartridges has been questioned, so perhaps id Software were unable to fit the vast multiplayer onto the cartridge. This is just a guess though, as there has been no comment from anyone about this. It is looking like buying Doom digitally will be a good option though.

The story first takes place at a research facility on Mars, owned by the Union Aerospace Corporation. Researchers are attempting to draw energy from Hell to help bring Earth out of an energy crisis. In the process, a number of artifacts and multiple demons, which includes yourself, the rightfully named Demon Slayer, have been bought back from Hell and held captive for study.

All seems to be well, until a UAC scientist, Olivia Pierce, makes a pact with the demons to open a portal to Hell while setting them free to invade the facility. The facility director frees the Demon Slayer to repel this invasion and close the portal. Basically, counter this chaos with more chaos by killing everything in sight both in the facility and in Hell. It makes for a classic Doom single player experience.

A strong campaign like this has been praised by many as capturing the spirit of the classic titles. With an interesting story which sets players up to simply cause destruction, it’s a welcome departure from other modern shooter narratives such as the cinematic Call of Duty and Battlefield.

It has been admitted by id Software themselves that Doom on the Switch doesn’t look on par with the PS4 and Xbox ONE versions, which is to be expected. However, the game still looks great on the Nintendo console. All environments look like they’re overrun with Hell demons with dark red lighting on display and signs of destruction. Players will see plenty of fire being thrown about, a typical sight to see in the Doom series.

There are various demons to be encountered throughout the game and each one looks menacing. The designs are certainly unique and having one of them charge at you will strike some fear into you. It’s Hell at its devilish best.

It’s good to note that the game can handle plenty of chaos on screen at once, meaning there should be no worry of slowdown. For Doom, any slowdown would be disastrous and hurt the experience.

Of course, Doom is a first-person shooter title, which is a genre that is lacking on the Switch, making this an important release for the console. Players travel through levels which are more open-ended and fast paced compared to previous games. These take place either in an overrun facility or in the crowded depths of Hell. These levels also contain secret areas which have been pulled from a classic Doom level. Finding these areas make that classic level available for players to enjoy through the Classic Maps mode.

There is a huge arsenal of weapons available with no reloading required, which is expected from the classic series. These weapons range from the super shotgun to the BFG 9000 and there’s even a chainsaw for players to have some real fun. As previously mentioned, there are a variety of enemies to try out those fascinating toys on. A brutal melee takedown system, Glory Kill, also features, which truly shows why Doom isn’t a Nintendo game for families. A progression system also features where players can upgrade their weapons and suit by obtaining collectibles.

The control scheme for the Switch and any possible console specific features are unknown as of yet. More should be found out closer to the release date, so we’ll keep you updated.

Unfortunately, the Switch version of Doom has seen two major omissions which are strange and have not been explained. The first is the lack of multiplayer on the retail disc, which has already been mentioned, but the second is pretty disappointing which is the lack of ‘SnapMap’. ‘SnapMap’ is a level creation tool, reminiscent of the modifications that could be done in the original games. This is a feature which has been popular with PS4 and Xbox One players alike, greatly extending the game’s lifespan in the process. It’s a big shame that this won’t be available on the Switch as it limits the game’s content, which is not a good thing at all.

Besides the disappointing differences compared to other versions, Doom being on the Nintendo Switch is very cool. Players will enjoy the epic single player campaign and those who are interested in the multiplayer will find a fun experience there too with many modes and maps available.

The future certainly looks bright for the Switch in regards to major third party titles with plenty for players to get excited about. Could Fallout be Bethesda’s next port? It’s a good possibility to think about. For now, though, instead of enjoying the charm and joy of Christmas Day, prepare to enter the grounds of Hell and create mass destruction in Doom.