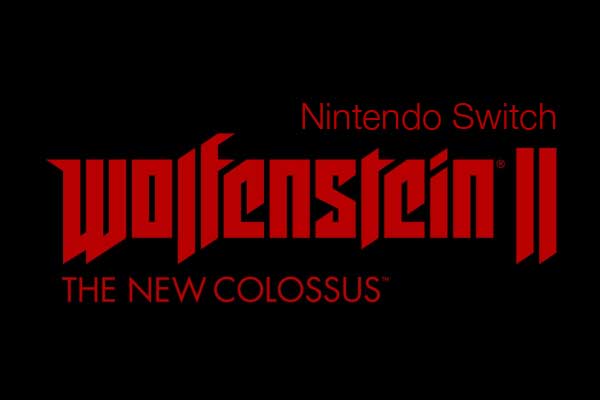 The ongoing success of the Nintendo Switch has had a pretty powerful shot in the circuit boards thanks to the announcement that it will be getting a port of Wolfenstein II: The New Colossus. It’s easily the most significant third party game to get a release on the hand-held/home console hybrid and it could well signify the start of a trend.

It’s not the only big third party game to come to the console, but it is the first big brand new, yet-to-be-released game. It builds on the excitement of the other big announcement this week, which is that Doom will also be coming to the Nintendo Switch. With the likes of the L.A. Noire remaster, Rocket League, Elder Scrolls V Skyrim, Fifa 18 and NBA 2K18 all planned for release too, it’s definitely starting to look as though Nintendo has put its third party woes well and truly behind it.

Wolfenstein II: The New Colossus will be coming out on the Nintendo Switch in 2018, so you’ll have a little while to wait to take the Nazi battle to the streets. It’s a good deal later than the Xbox ONE, PS4 and PC release date for the game, which is scheduled for the 27th October 2017, but if things continue to go well for third party Switch ports then we’ll start to see it getting releases at the same time as the more powerful competition.

The game is the latest in the series from the games development genius of Bethesda Softworks, which is also responsible for Doom and Skyrim, so clearly the company is on board with putting its games on the Nintendo Switch. It’ll be interesting to see if Bethesda add in any additional games into the mix on the back of the recent announcements. Perhaps Fallout 4 is next on the cards or maybe The Evil Within II, so it’s going to be interesting to see how things go with the initial three releases.

Wolfenstein II: The New Colossus will see you picking up the adventure with William ‘BJ’ Blazkowicz as he returns to action following his recovery from the injuries he suffered in the previous game.

The first person shooter is set in an alternate version of 1961 USA in which the Nazis are in control, having been victorious in the Second World War. It’s your job to try to take the resistance fight to the oppressive regime in a bid to instigate a second American revolution and destroy the Nazi strangle hold on the country.

Both Doom and Wolfenstein II: The New Colossus have age ratings of 18 from PEGI, so they’re the first titles for the Nintendo Switch to have such high ratings. They’re also the first big FPS games to land on the console, so there’s a lot riding on their release for Nintendo.

You can see more on the story, release, gameplay and graphics for WII: TNC at www.tuppencemagazine.co.uk/wolfenstein-ll-the-new-colossus-uk-release-date-trailer-gameplay/, along with the 8-minute trailer for the title, which is both epic and seriously out there in equal measure. You can also see more from the developers at its Twitter page.