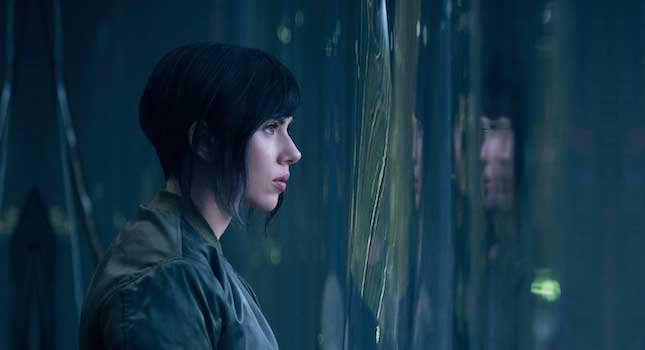 Classic manga action stormed the box office this week with the release of the live action adaptation of Ghost In The Shell. Starring Scarlett Johansson (Captain America: Civil War), its a cultural adaptation on the original, giving the story an international setting and taking the emphasis away from the previous Japanese-centric plot, without removing it entirely. There was initially an element of controversy with Scarlett’s starring role in the film, because it was assumed she would be playing a “whitewashed” Japanese character, but there is little, if any of that in the film itself.

The cyberpunk sci-fi style of the original crime story is the defining feature of the film and the teaser trailer below shows a lot of this off. Check out the action for yourself with Scarlett looking pretty cool in the lead role. There’s a dark and foreboding overtone to the fleeting scenes that feature, and just enough of the Japanese influence to retain a link to its cult roots.

The Ghost In The Shell film had its UK release date on Thursday the 30th March 2017, a day earlier than its arrival at the US box office. It’s being screened in 2D and 3D, and with only a new Smurfs movie and British action comedy thriller Free Fire out on the same weekend in the UK, we’re expecting the manga remake to draw a pretty decent crowd.

The UK DVD release date has been confirmed as the 7th August 2017 on Amazon, so if you miss the film on the big screen you’ll have to wait until the height of summer to catch it at home. It’ll also be available on Blu-ray and 3D Blu-ray.

Pre-order the Ghost In The Shell DVD >

The plot follows a cyborg police commander called The Major (Scarlett Johanson) as she leads an elite task force called Section 9 in a technologically advanced alternate future where minds are hard-wired. With artificial intelligence a huge part of life, it’s inevitable that powerful enemies will surface in a bid to exploit it, providing The Major and her team with the biggest challenge of their careers.

The threat comes from cyber-terrorist Kuze and when he strikes, The Major and Section 9 are sent in to deal with the situation and hunt down the hacker. However, things don’t go entirely to plan and she’s forced to face her past as well as the dangers of the present. 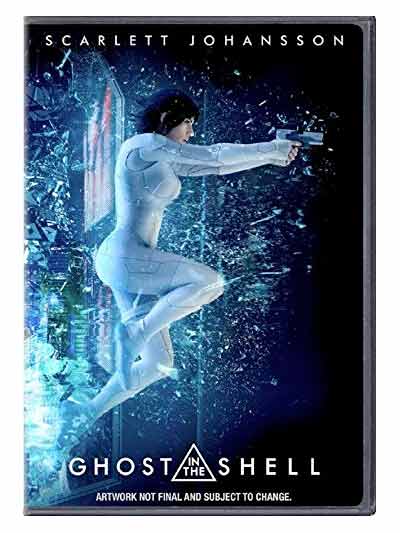 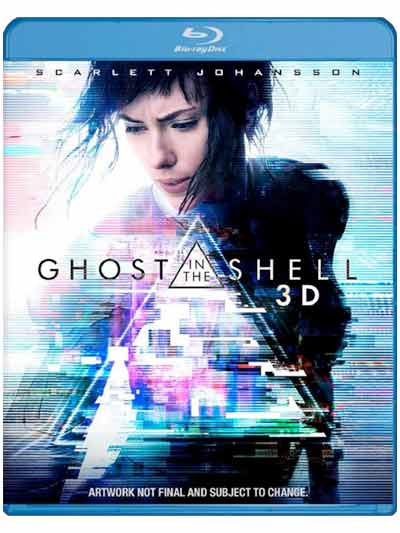 Scarlett Johansson is joined in the cast by Takeshi Kitano (Hana-bi), who plays the founder of Section 9, Chief Daisuke Aramake, as well as Pilou Asbæk (Ben-Hur (2016)) as The Major’s second in command, Batou. Michael Pitt (Criminal) stars as terrorist hacker Kuze, Juliet Binoche (Godzilla) will play Dr. Ouelet and Kaori Momoi (Memoirs of a Geisha) has also been cast.

The film has been given an age rating of 15 by the British Board of Film Classification.

Ghost In The Shell has been directed by relative newcomer, Rupert Sanders (Snow White And The Huntsman) from a story and screenplay written by Jonathan Herman and Jamie Moss. Jess Hall is the director of photography, Neil Smith the editor, Jan Roelfs the production designer and Kurt Swanson and Bart Mueller the costume designers. Avi Arad, Ari Arad, Michael Costigan and Jeffrey Silver are producing and Michael Costigan (Prometheus), Tetsu Fujimura (Tekken), Mitsuhisa Ishikawa (the Japanese Ghost In The Shell film and television series) and Jeffrey Silver (Edge Of Tomorrow) are executive producers. Check out the official movie Twitter page for more details and imagery from the production.

There’s a lot of potential cool locked up in the prospect of a big screen adaptation of Ghost In The Shell, but it doesn’t quite live up to the promise of the trailer. It does a good job of tapping into the dark sci-fi spirit of the original to impress when it’s at its best, but it’s undone by flaws in the storyline and character development.

With only Snow White And The Huntsman in his filmography, director Rupert Sanders didn’t have a whole lot of big screen experience to bring to the table, but in all fairness he hasn’t done a bad job. He’s helped by a strong cast and some stunning visuals, but they’re not quite enough to make this a potential sci-fi classic. Read our full Ghost In The Shell review for more details.

Share the Ghost In The Shell (2017) UK DVD release date, trailer and film details with: