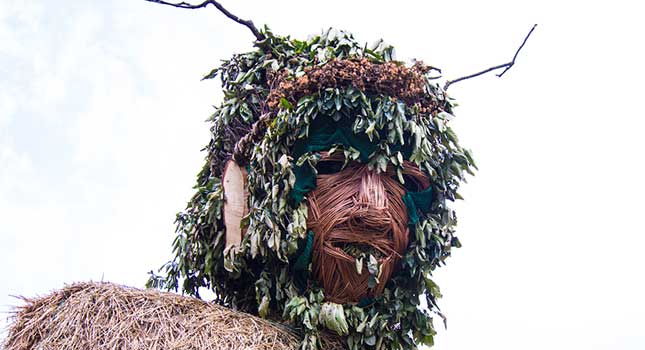 Festival season 2015 is well and truly underway and with a rainy and muddy weekend done and dusted at this year’s Green Man festival, there are a fair few highlights to cover from the alternative Welsh beacon in the foothills of the Sugerloaf mountain. With the supersized V Festival also taking place on the same weekend, Green Man was always going to be the least talked about of the two, but for us the line-up of Hot Chip, Courtney Barnett, Matthew E. White and St Vincent edges it over V’s Calvin Harris, Kasabian, Stereophonics and Olly Murs.

Far from being mainstream, Green Man combines everything from great music and comedy to mind bending talks, a vast array of independent ales and ciders and lots of different food to try. It all comes together in a series of fields (muddy in this case) in the beautiful Brecon Beacons and to cap it all they also sculpt a giant green man out of woodland fall off and then savagely set it on fire on the last night of the festival like it’s all a part of Lord Summerisle’s master plan.

Here are our top ten highlights from 2015: 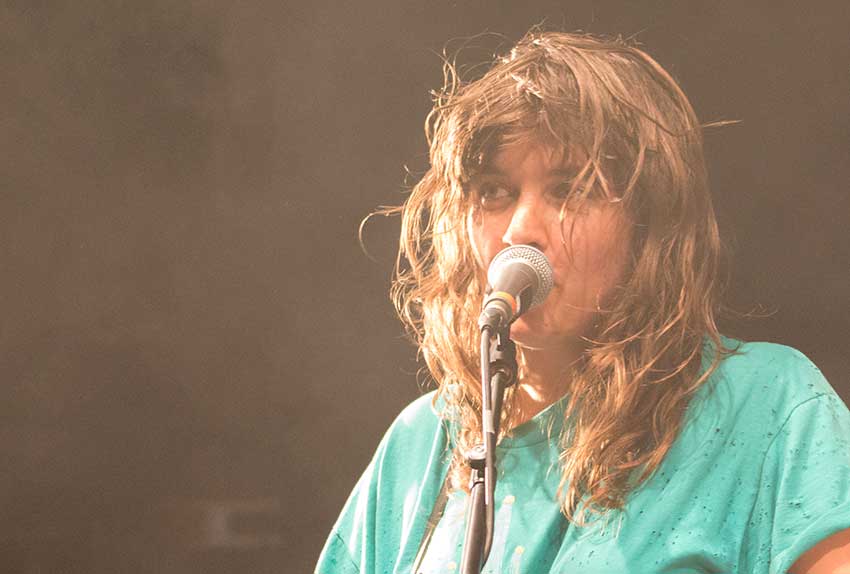 Our highlight of the festival is Courtney Barnett’s set in the Far Out tent on Sunday night. We’ve been a fan since her Double EP: A Sea of Split Peas was released back in 2013 and her gig at Green Man this year was full force anarchy of the highest order. Not only did she blast out favourites like Avant Gardener with perfection, but she also provided a massive kick with some of the more recent material from new album, Sometimes I Sit And Think, And Sometimes I Just Sit, which was released earlier this year. 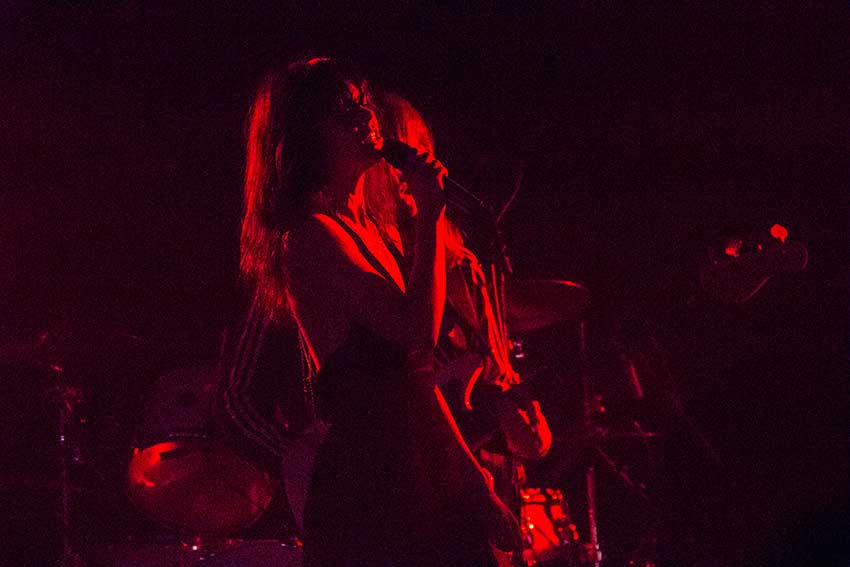 For anyone that thinks Natasha Khan is the sum of her 2009 dreampop hit Daniel you’re going to have to redress your assumptions with the debut of new material for her side project collaboration with Dan Carey and Toy. The new venture is titled Sexwitch and it’s a raucous ride of intensity. You can listen to the first track of the six song album, Helelyos, in the music video stream below.

3. Adam Buxton pays homage to the death of the Queen

Adam Buxton is a comedy legend of Black Squadron proportions and his set was hilarious, bringing in references to the crazy world of YouTube video comments, middle premium desert philosophies and a slightly perverse song mix up between the late and the Queen. If you have a problem… if no one else can help… and if you can find him… maybe you can see… Adam Buxton doing funny things on stage. We’ve got our muffin factory fingers crossed for you. He’s playing at Greenwich Comedy Festival next on the 19th September 2015, but other than that it’s all very quiet.

4. Matthew E. White suits up on the Mountain Stage 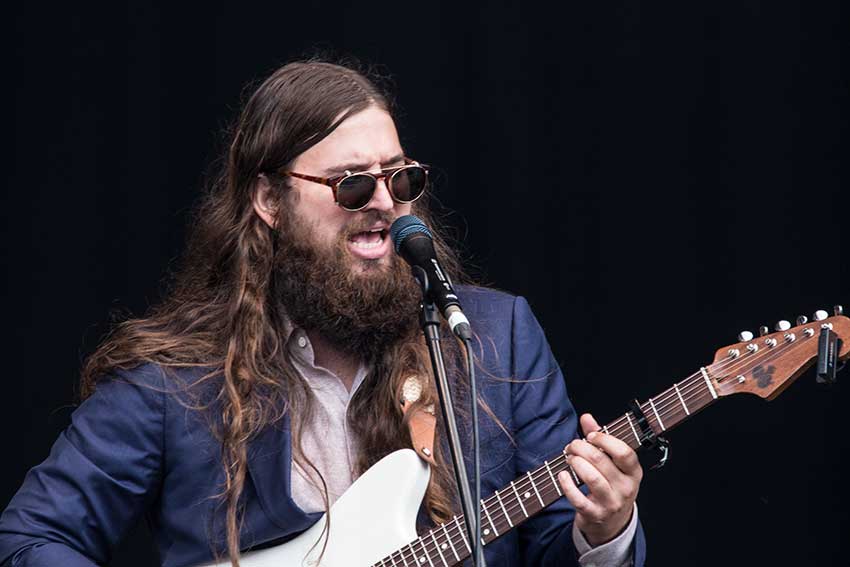 Funk, rock, soul, it all came together in a brilliant gig from the well dressed and bearded Virginian dude of dudes. His recent album release, Fresh Blood, is well worth a listen for anyone looking for some cool new music to add to the collection.

It doesn’t matter where you are or what you’re doing, any kind of musical interjection from Hot Chip would be a highlight, but on a massive stage in front of a huge crowd of fans it’s unmissable. Hits from all of their last six albums – Coming on Strong, The Warning, Made in the Dark, One Life Stand, In Our Heads and Why Make Sense? – all got a spin in the set like a monkey with a miniature yoyo and they sounded massive in the slightly damp night air on the Mountain Stage on Friday. 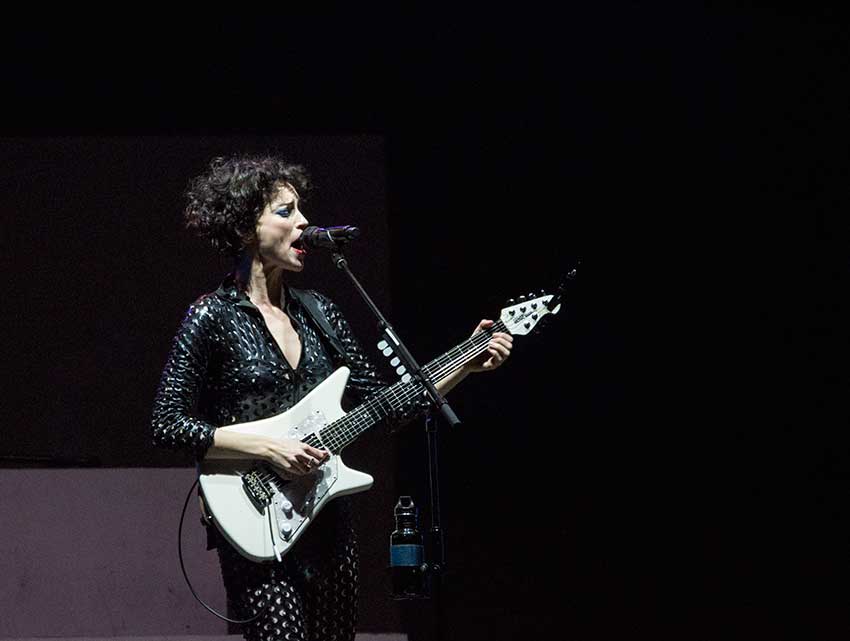 On the back of the success of the self titled 2014 album, St. Vincent has been touring the world and her latest stop-off was closing out the festival with a magnificent Sunday night headline gig on the Mountain Stage. The sloping field was crammed to capacity to see the stunning spectacle of the performance, which was one of the most memorable from the entire weekend.

7. Calexico strike out of nowhere

The Arizona-based indie-rockers were the side-swipe of the festival, delivering a big gig, despite their relatively early slot in the light of Friday evening. Their Mexican Americana sound works very well on a big stage. They’ve been around since 1997, and have a nine album back catalogue, so if you’ve missed them to-date there’s plenty to catch up on.

8. Villagers just about make it

While they nearly missed out on making into our highlights from this year due to the absence of the brilliant The Waves from their set list, they did enough with everything else to keep them in. There were plenty of other tracks from their brilliant {Awayland} album to make up for the tragic omission.

If you’re looking for a leg pounding, multi-instrumental, folk-ish you can’t go too far wrong with the stage filling collection that is the Conservatoire Folk Ensemble.

The festival is well known for it’s intelligentsia outlook and this year was no different with some great talks on what the future will hold for us (a mix of dread and musical wonder if they’re right) and some smart new technology to that’s being developed to make plastic that can conduct electricity, bringing us everything from paintable solar power and flexible smartphone screens.

Though they didn’t quite do enough to get into our top ten highlights of the 2015 Green Man festival, Rob Newman, Sweet Baboo, Hookworms and Public Service Broadcasting all deserve honourable mentions. Sadly, we couldn’t get close enough to the scrum to hear all of Rob Newman’s comedy show, but what we did catch was as cleverly funny as ever. Sweet Baboo put on a good performance on the Mountain Stage, especially with fan favourite Let’s Go Swimming Wild.

We didn’t make it to the Hookworms gig as our heads went missing for a short period, but with the strength of singles On Leaving and Radio Tokyo , which contributed to their debut record making it into our best albums of 2014 list, they’re one to look out for. The Public Service Broadcast, on the other hand, was another crush that we didn’t get into well enough, but again what we could make out was pretty cool.