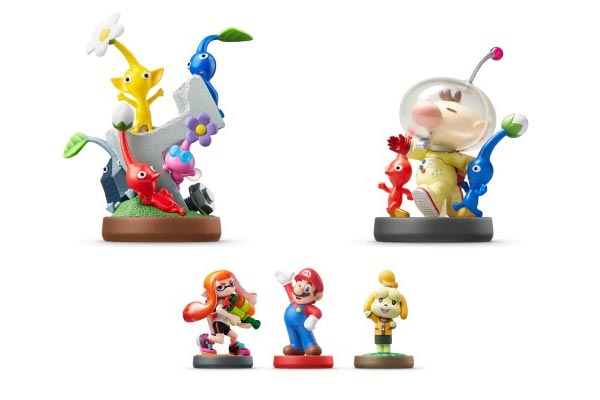 Captain Olimar and his trusty Pikmin friends are back. However, it’s not in the form of the inevitable Pikmin 4. Instead, they are returning in a first time ever spinoff adventure called Hey! Pikmin for the Nintendo 3DS. The game will also be the first to not be developed by Nintendo with Arzest taking over the reins.

What’s unique about this spinoff is that, unlike the 3D strategy main games, it is a 2.5D side-scroller action game. It will offer fans a new gameplay style whilst retaining the familiar charm and art style of the main games. Hey! Pikmin aims to tide fans over until the next main series entry finally arrives.

Hey! Pikmin currently has a UK release date of 28th July 2017 for the Nintendo 3DS, so players don’t have long to wait until they’re reunited with the lovable Pikmin. If the wait is unbearable though, there is a free demo available right now on the Nintendo eShop.

The 28th July will also see the release of two Pikmin amiibos (pictured above) which can be used within the game, which is explained later on in the gameplay section.

The narrative of Hey! Pikmin is a nice and simple one. On his way back home, Captain Olimar crashes his spaceship and lands on an unknown planet. In order to repair his ship he needs to collect 30,000 Sparklium Seeds scattered all over this planet. Olimar proceeds to call upon Pikmin, his plant-like friends, to aid him on his long adventure.

The Pikmin that Olimar recruits throughout his journey will assist him in overcoming hurdles and defeating various wildlife enemies. They may also find some treasure themselves which can be used to repair Olimar’s ship.

This game plays like any other 2.5D side-scroller, with the player progressing through different stages on Olimar’s quest. They will encounter obstacles and enemies to overcome, while discovering treasure containing those crucial Sparklium Seeds.

Olimar has the ability to climb vines, swim underwater and fly thanks to a jetpack he has at his disposal. However, the Pikmin is where the real gameplay lies. They can be recruited by Olimar anywhere during a level by whistling. His companions can then be thrown in any direction either into enemies or unreachable areas in order to progress.

There are five different types of Pikmin in the game, with each having their own strengths and weaknesses. Red Pikmin are immune to fire and deal more damage to enemies, while Blue Pikmin can swim and breathe underwater. Yellow Pikmin are immune to electricity and can be thrown further than other types. Rock Pikmin can’t be squished or crushed and can be thrown into breakable objects. Finally, Wing Pikmin have the ability to fly and lift obstacles out of the way.

All Pikmin can carry large treasure from unreachable areas back to Olimar for him to transport back to his ship. Another helpful feature is that after each level, surviving companions will be sent to the Pikmin Park where they will continue to search for treasure containing Sparklium.

The two Pikmin amiibos mentioned earlier can be used in-game to send the player extra Pikmin reinforcements when in desperate need of assistant. Amiibos from the Mario, Splatoon and Animal Crossing collections can also be used to unlock valuable statues in bonus levels which will reward the player with 200 Sparklium Seeds. 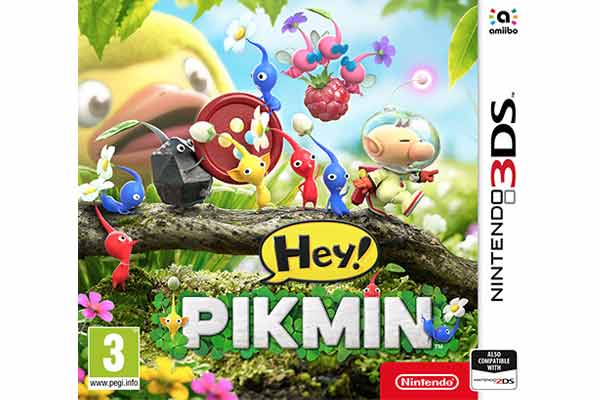 Hey! Pikmin retains the art style that is seen in the main Pikmin series, with the only difference being the 2.5D environments. The characters look as cute as they always have. Graphically, the game looks as good as can be expected from a 2.5D side-scroller on the 3DS, but obviously a long way short of the visuals for Pikmin 3.

There are various colourful environments throughout the spinoff, ranging from underwater to the Pikmin classic woods. Each environment has its own identity with the multiple small details on display.

It may just be a spinoff, but Hey! Pikmin is looking like a fun handheld adventure as well as a worthy addition to the popular franchise. It will be interesting to see what stages and enemies are yet to be revealed, with the story looking to be a lengthy one.

The gameplay style may have undergone a drastic change, but this is still a true Pikmin game with plenty to appeal to both long-term fans and newcomers to the franchise. Fans are craving the fourth game in the main series, but in the meantime they can re-affiliate themselves with the beloved characters and help the Captain return home ready for his next major adventure.