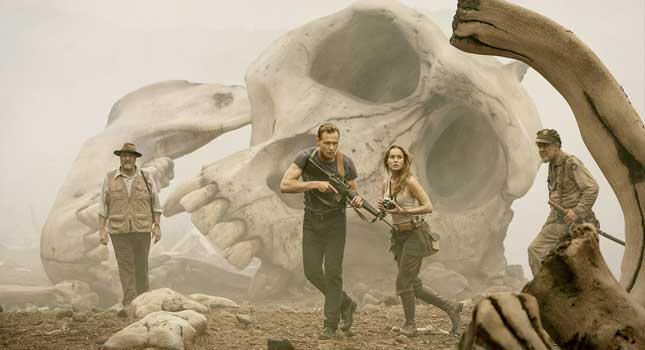 King Kong films go back to the early days of cinema with the first movie arriving way back in 1933, going down in history as the quintessential monster movie. While it’s only been eleven years since the most recent remake of the film – Peter Jackson’s 2005 effort – Hollywood has managed to recycle the killer ape once again in Kong: Skull Island, taking the story directly to the source.

As you’d expect, it’s been given a fairly stellar cast with Samuel L. Jackson (The Hateful Eight) teaming up with Tom Hiddelston (Thor: Ragnarok). However, the movie has been directed by the lesser known Jordan Vogt-Roberts, who made his directorial debut in 2013 with Kings Of Summer, an independent coming-of-age comedy drama, so the he didn’t really have any monster movie experience to go on.

The good news, thought, is that it has resulted in just enough reality, emotion and personality to do the history of the story justice. Review scores have been respectable, averaging around the 3-4/5 star mark, but not necessarily glowing, however, this is definitely worth a watch. Check out the trailer below to get a glimpse of the action for yourself and you can read our review of the cast, story and visuals at www.tuppencemagazine.co.uk/kong-skull-island-dvd-review/.

The Kong: Skull Island UK release date on the big screen was Friday the 10th March 2017, which was also the same date it arrived in the US. It was out in the UK on the same weekend as the minor release for the Nazi Germany resistance thriller, Alone In Berlin, which gave it a big run in at the box office.

With visuals being such a big part of the movie, it was a good shout to watch in 3D, with everything from trees flying into the front of helicopters like a Thomas Röhler flung javelin, to the appearance of Kong himself. Traditionalists might have been inclined to go for the 2D option, but you’ve only got to watch the trailer once around to see that this is one of the biggest 3D movies of 2017. It was also screened in IMAX.

The DVD has been confirmed for a release date in the UK on the 24th July 2017, a few days earlier than its home entertainment release in the US on the 18th July. It’ll also be available on Blu-ray, 4K Ultra HD and digital download.

This is a very different Kong than you might be used to as it takes place in the heart of the monster’s natural habitat, the eponymous Skull Island, so instead of the Empire States buildings to climb, he’s got his own back yard to run around in. This is bad news for the scientific expedition and military muscle calling in for a visit as they find out just how ferocious things can get when you touch down on the beast’s stomping ground.

Kong: Skull Island has been given an age rating of 12A in the UK by the British Board Of Film Certification with “moderate threat, violence, infrequent strong language”. 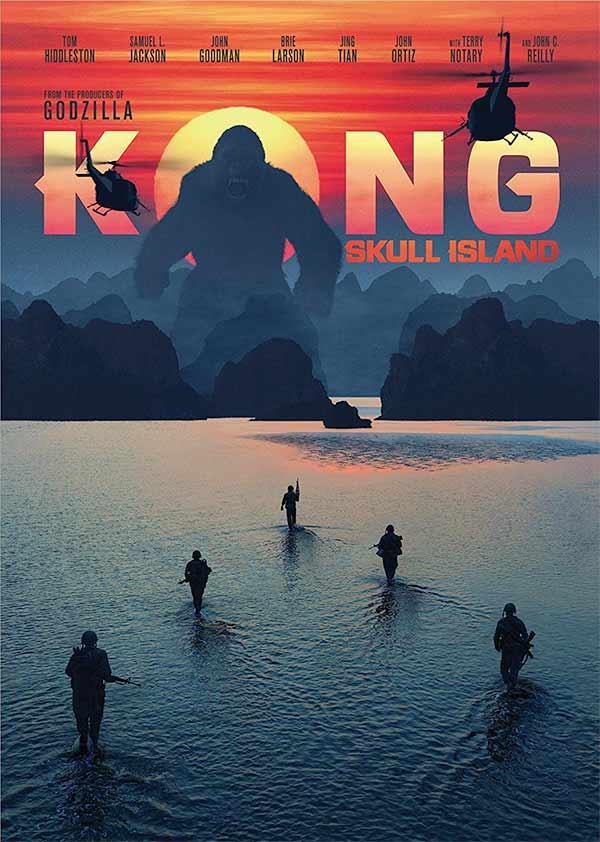 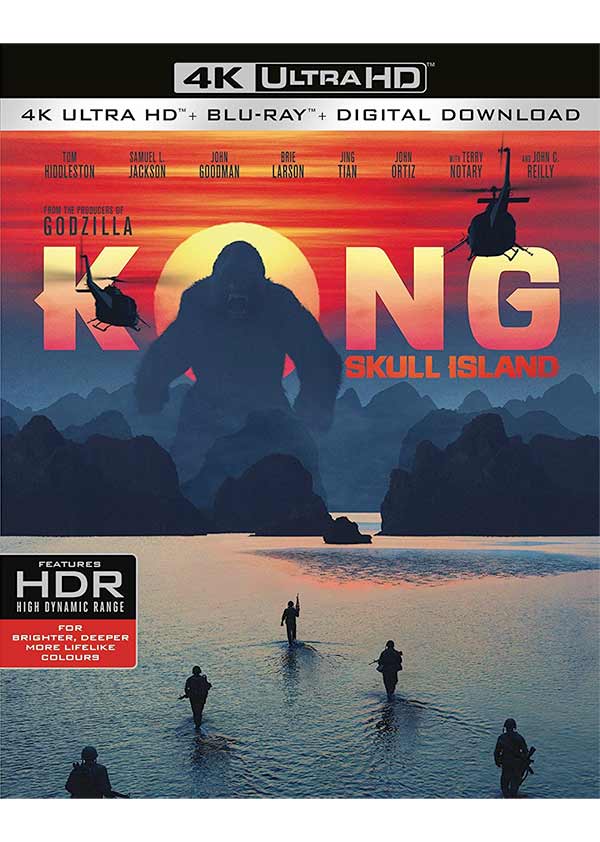 Stunt double and movement coach, Terry Notary (The Square), is the man behind Kong, providing all of the movement for the big beast killer gorilla.

Vogt-Roberts directs the film from a screenplay by Max Borenstein, John Gatins, Dan Gilroy and Derek Connolly. It’s been produced by Legendary’s Thomas Tull and Jon Jashni with Mary Parent. The executive producers are Eric McLeod and Alex Garcia. Warner Bros. will be taking care of the cinematic distribution. You can check out more from the production at the official Twitter page.

With the tongue-in-cheek success of Jurassic World in 2015, there’s an element of rejuvenation in the monster movie genre at the moment. CGI and special effects are getting more and more advanced that comes through well in the visual impact of the film, which you can see in the trailer below. This combines well with some strong cinematography, set construction, location choices and atmospherics to deliver a great looking film.

There’s even more visceral intent and action than in the trailer, and the story works well to string it all together, making it a solid return for the silver screen’s biggest hitter in Kong: Skull Island. The favourable review scores make it a contender for the DVD collection, especially with such an impressive cast list, but the visuals mean it’ll look its best in 4K Ultra HD Blu-ray with a Kong-size TV to go with it.

Read our full review of the cast, story and visuals at www.tuppencemagazine.co.uk/kong-skull-island-dvd-review/ to find out more.