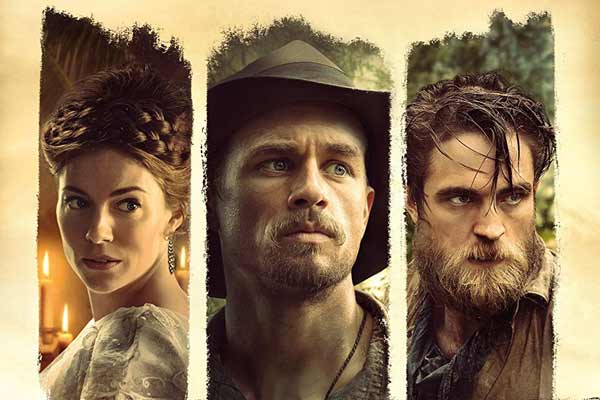 It may not be the most easy going viewing out on DVD this year, but there’s a lot to be said for the sheer quality of The Lost City Of Z, which sends us back to the late-Victorian era of exploration in Amazonian South America. At a little over two hours long, there’s a lot of jungle-based intensity to swathe your way through, but there’s a lot of interest along the way.

The story focuses on the journeys of Lieutenant Colonel Percy Fawcett as he makes a series of dangerous exploratory visits to the Amazon rain forest in a bid to find a hidden city that would prove the intelligence of the native “savages” in the face of arrogant British superiority. However, the real story is about the makings of the man himself and the incredibly supportive family that stood by him throughout the heartache of the expeditions.

The Lost City Of Z does a lot to restore our faith in the acting abilities of Charlie Hunnam following his much less impressive turn in King Arthur: Legend Of The Sword, which saw him putting in a slightly Cockney and cockeyed interpretation of the legendary story under the wayward direction of Guy Ritchie. There’s probably still just a little too much bluster to his delivery, but it’s difficult to really question his performance in the biographical film. He helps to lead the cast in a very sharp voyage of discovery to the heart of the Amazon and the man at the centre of the story, which he captures well.

That said, it’s Robert Pattinson’s performance as Percy’s second in command Corporal Henry Costin, who we’re most impressed with as he is almost unrecognisable as himself or any of his previous roles, while still having a lot of impact. It’s the kind of performance you’d expect from screen veterans like Sir Anthony Hopkins or even Alec Guinness and with Good Time soon to open on the big screen, we could be in the process of witnessing a new future great in the making.

Charlie Hunnam and Robert Pattinson are not the only members of the cast to impress, though, as the entire lineup is filled with solid performances with great strength from Sienna Miller (Black Mass) as Percy’s long-suffering wife, and a well balanced portrayal of  Percy’s son Jack from Tom Holland (Spider-Man: Homecoming). Angus Macfadyen (Timeless) is also worth a particular mention as he portrays the complex character of James Murray to perfection, and Edward Ashley makes for a very dependable Arthur Manly, Percy’s other expedition team member.

The success of the film is a massive credit to director and writer James Gray (Little Odessa), who has drawn together a very tightly constructed biographical drama, in spite of the two hour length. He’s supported by some excellent cinematography from Darius Khondji (Midnight In Paris), who has captured the wild nature of the task and the human drama at the heart of the expeditions.

The Lost City Of Z isn’t going to be to everyone’s taste, so if you’re expecting something like King Arthur: Legend Of The Sword with Charlie Hunnam in the lead role, you may want to give it a miss. However, if you’re looking for a period biographical drama with a serious adventure and as much character as the people it centres upon then this is one for you. Additionally, if you want to see some of the strongest low-key acting we’ve seen in 21st-century cinema, Robert Pattinson’s efforts should get your attention.

The Lost City Of Z trailer: