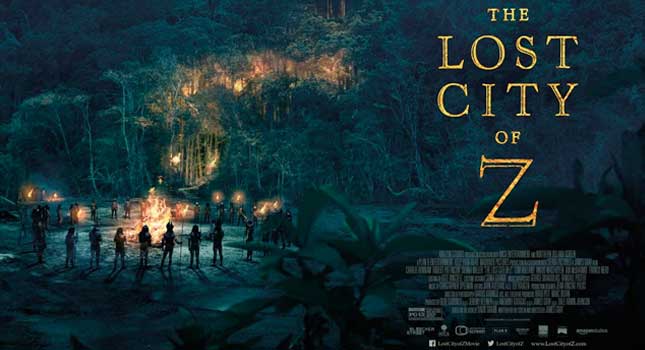 Charlie Hunnam got a fair amount of action adventure cinema time in 2017 with The Lost City Of Z arriving ahead of his bigger name flick, Guy Ritchie’s King Arthur: Legend Of The Sword. Despite first impressions from the name, it’s got nothing to do with zombies (for that you’ll have to wait for the arrival of World War Z 2), and everything to do with a series of treks in the Amazon to find an ancient lost city.

Set in the 1920s it’s a tale of calamity in South America and the darkest part of it all is that it’s based on the true story documented in the 2009 David Grann book of the same name, so people actually went through this. You can check out the trailer below to get a sense of how bad things got and why they’re such gluttons for the punishment of the unforgiving rainforest and its tribal inhabitants. You can also read more on the true story with Penguin’s reader’s guide for the book.

The Lost City Of Z had a UK release date on Friday the 24th March 2017, a little before it came out in the US on the 14th April 2017. It arrived in cinemas in the UK on the same weekend as silly comedy remake, CHiPs, sci-fi space thriller, Life, and the big screen reboot of Power Rangers, so it wasn’t a terrible week to launch.

The DVD came out in the UK on the 24th July 2017 and the film was also available on Blu-ray on the same date. The digital download purchase was released a week earlier on iTunes, Xbox store and Amazon Video with the digital rental arrived on the same date as the DVD release.

The story follows the adventurer exploits of British explorer Percy Fawcett who’s initial visit to the Amazon saw him discovering evidence of an advanced civilization. However, his findings were met by scorn by the rest of the academic community on his return, as they clung to the belief that all indigenous people in South America were rudimentary “savages”.

Undeterred, Percy heads back to the area on a number of further exploratory expeditions, taking his son along for for adventure in the end. With just the addition of a small number of support crew member, it was far from a large research party, so as you can imagine things getting pretty hairy for them in the thick of the rain forest.

The Lost City Of Z has been given an age rating in the UK of 15 by the British Board Of Film Classification with brief strong violence and gory images.

The Lost City Of Z UK DVD and Blu-ray covers: 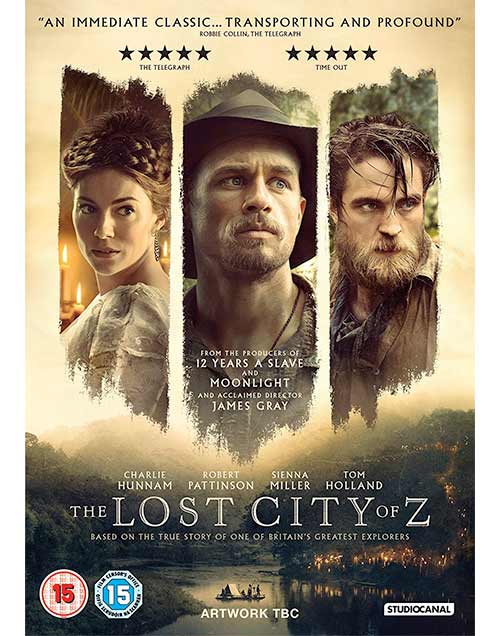 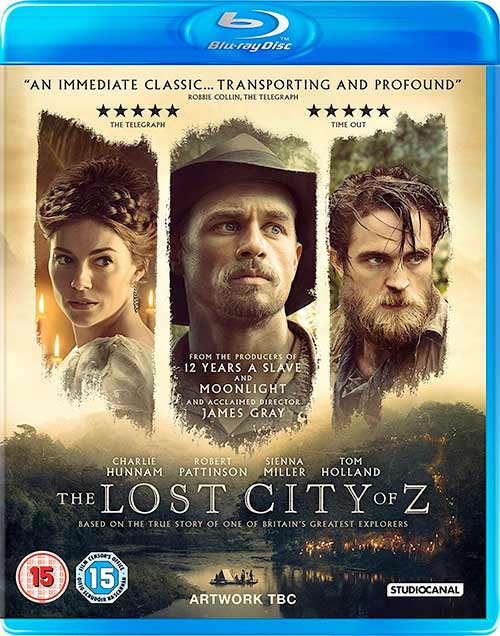 The home entertainment release of the film includes the following special features:

The film has been directed by James Gray, who was also responsible for writing the screenplay of the adaptation, based on David Grann’s non-fiction book. You can see more from the production at the official Twitter page. Darius Khondji (Midnight In Paris), is the director of photography, bringing his cinematography skills to the wild setting of the film

The trailer below did well to sell the potential of The Lost City Of Z, and on paper it sounded like it should be pretty gripping, which it turns out to be. It may not be easy viewing at times and with a 2-hour run time there’s a lot of jungle to cut your way through, but it has a good cast and a wild adventure storyline to keep you locked in.

Charlie Hunnam may not have impressed with the recent release of King Arthur: Legend Of The Stone, but he picked up a very positive credit for his performance in James Gray’s Amazonian odyssey. Sienna Miller is always strong and the addition of both Robert Pattinson and new Spider-Man Tom Holland to the cast helped to give the film a a lot of credibility. Read our full review at www.tuppencemagazine.co.uk/the-lost-city-of-z-dvd-review/ for more details.

The Lost City Of Z trailer: