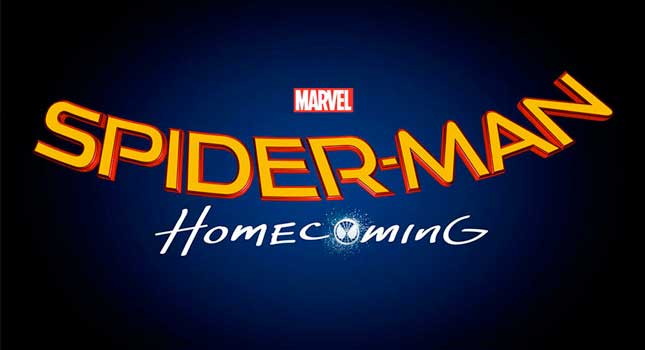 Movies featuring the Webbed Slinger have had a bit of a roller-coaster time of it over the years, so Marvel fans inevitably approached franchise reboot, Spider-Man: Homecoming, with a certain amount of dubious eyebrow fluctuation. Both Toby Maguire and Andrew Garfield started out with a lot of promise and delivered strong opening films, but were progressively let down by the productions that followed.

The good news is that Tom Holland (The Lost City Of Z) has made a pretty epic solo debut in the film, which was a big hit at cinemas and will be one of the most eagerly awaited DVD and Blu-ray release of the year. The question is whether or not Marvel can follow it up well with the sequel, but for now you can check out all of the detail for the film release below, along with the trailer, cast and our review.

Spider-Man: Homecoming had a UK release date at in cinemas nationwide on the 5th July 2017, close to its arrival at the box office in the US and North America on the 7th. It’s being screened in both 2D and 3D, but with the New York city skyline as Spidey’s playground it’s probably going to be one for 3D glasses to get the most out of the film. It’s competition that weekend in the UK came from post-apocalyptic thriller It Comes At Night, with War For The Planet Of The Apes following close behind it in on the 11th.

The film has been confirmed for a UK DVD released date of the 20th November 2017, when it will also be available on Blu-ray, 4K Ultra HD, 3D Blu-ray and digital rental. You’ll be able to own the film first in the UK on digital download, which is expected to be out earlier in November.

With positive reviews, including our own (see below), and the prospect of more films in the future, we’re expecting Homecoming to be one of the big DVD and Blu-ray releases of the year. Visit our DVD release dates page for more upcoming home entertainment releases coming out in the UK.

While there’s no word on the DVD containing any special features, the Blu-ray version of the film will include more than 60-mintes of special features and you can check out the details below.

The plot for the film will see Spider-Man on a bit of a come down from the excitement of Captain America: Civil War, where he thought he’s made it into The Avengers. However, you can see in the trailer below that Tony Stark wastes no time in telling him that he’s not, leaving him with his suit and the message to be a friendly neighbourhood Spider-Man.

The problem is that Spidey’s neighbourhood happens to be New York City, so when a new enemy called The Vulture raises his beaked head, Peter tries to take him on alone, but it looks like he may have spun off more than he can chew.

The film has been given an age rating in the UK of 12A by the BBFC with moderate fantasy violence, threat, sex references, and obscured strong language. In the US, the film was certified PG-13 with “sci-fi action violence, some language and brief suggestive comments”.

In addition to Tom Holland taking on the title role as Peter Parker / Spider-Man, and Robert Downey Jr. wading in with some big-hitting tech and financial support as Tony Stark / Iron Man, the cast also includes the queen of biological clock chronology, Marisa Tomei. She plays aunt May, which is one of the youngest iterations of the character with the role being played by Rosemary Harris in the Toby Maguire fronted movies and Sally Field in The Amazing Spider-Man.

They’re joined by Michael Keaton as Adrian Toomes / The Vulture, which feels like a bad guy parody of Birdman, along with Zendaya as MJ, Donald Glover as criminal Aaron Davis, Jacob Batalon as Peter’s high school best friend Ned, Laura Harrier as his love interest Liz, Tony Revolori as his classmate nemesis Eugene “Flash” Thompson and Bokeem Woodbine (Fargo Season 2) as the second iteration of The Shocker. Jon Faverau (Iron Man 3) gets a lot of screen time too as Happy Hogan, Tony Stark’s right hand man and Peter’s new minder.

You can see more pics from the film at the official Instagram page.

The Marvel Studios film has been directed by untested newcomer, Jon Watts. For anyone that hasn’t heard of the Coloradoan, his back catalogue as a director has just two movies in it and both are on the darker side of the spectrum. His debut was with supernatural horror flick Clown and his follow up to that was the Kevin Bacon thriller Cop Car, but that didn’t result in too much in the way of sinister presence in Spider-Man: Homecoming.

The screenplay has been written by the combined efforts of Jonathan Goldstein, John Francis Daley, Jon Watts, Christopher Ford, Chris McKenna and Erik Sommers, and produced by Kevin Feige and Amy Pascal. Louis D’Esposito, Victoria Alonso, Patricia Whitcher, Jeremy Latcham, and Stan Lee are down as executive producers. You can see more on the production on Jon Watts’ Twitter page.

Despite a little trepidation, Spider-Man: Homecoming went on to impress on the big screen picking up average review scores of 4/5 stars, so it’s bound to be one of the big DVD and Blu-ray releases of the year too.

With positive reviews for Tom Hollander’s performance in Captain America: Civil War, there was already some reassurance that the reboot of the reboot had got the potential to spin things in a good direction. He went on to deliver big in his solo debut with a great combination of exuberance, comic timing, charm, great dialogue delivery and action skills.

Jon Watts didn’t really bring much in the way of dark intensity to the role in the end, but the newcomer director pitched everything just right for his first big budget release. The trailer may not have blown us away, with questions marks for the delivery of The Vulture, but the movie itself does it with ease and understated sophistication. Read our full review for more details.

You can check out the first 10 minutes of the film with the video below, which sets up bad guy Adrian Toomes’ back story and intros Peter Parker’s return to New York following the events of Captain America: Civil War:

While a sequel has been scheduled for release in 2019, you could argue that age is a big factor in the longevity of Spider-Man films, with the character being one of the youngest in the Marvel canon. Andrew Garfield was approaching 30 when The Amazing Spider-Man came out in 2012 and Toby Maguire was 31 when Spider-Man 3 had its release date. It’s probably one of the big reasons Marvel has opted for such a young star in the title role this time around with 20-year-old Tom Holland. Hopefully, it means that there will be a few great sequels in the not too distant future.

Spider-Man 3 and The Amazing Spider-Man 2 were not great films, but each of the previous opening movies in the series have been pretty good, and that’s definitely the case again here. One of the big difference this time is that Spidey has already had a scuffle or two on the big screen with Holland’s debut in Captain America: Civil War, so it’s a part of the wider Marvel Cinematic Universe. This means that other super heroes are a part of the Spider-Man reboot, with Robert Downey Jr. (Avengers: Age Of Ultron) getting in on the action for Homecoming as Tony Stark / Iron Man. It works well to give the film a little more weight and you can check them both out for yourself in the trailer above.

It also means that Tom Holland will be appearing alongside the wider team in Avengers: Infinity War – Part I, which will be coming out in April 2018.