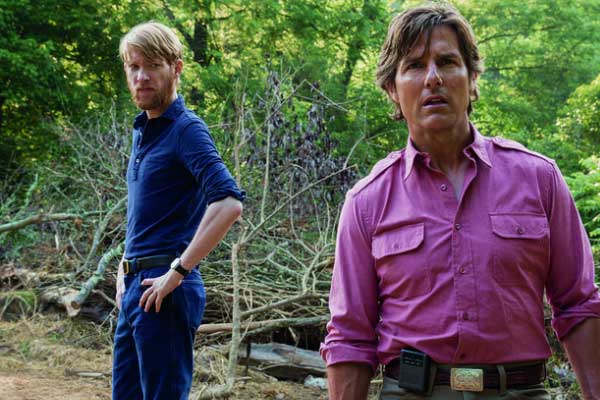 Tom Cruise has a way of delivering the goods on the big screen, and he manages to make things stick once again in flyboy crime biopic, American Made. It’s a smart take on the rise of the Madellin Cartel and the shady dealings of the CIA during the Iran-Contra affair told through the story of pilot Barry Seal.

The story traces the new direction in life Seal took in the 1980s, which saw him becoming an intelligence reconnaissance photographer, before going on to turn drug smuggler and CIA informant. The plot unfolds with a lot of skill and period style as Seal’s operation develops over the years, taking him on some very heavy flights between the US and South America in a bid to keep things up in the air.

There’s probably a little too much brevity and humour in the mix for the nature of the themes covered in the film, which makes it difficult to be credible when things go way way down south. However, it does make the film more of an engaging watch considering the history that it covers, allowing it to stand out from the average po-faced biopic.

Tom Cruise (The Mummy) lead the cast with his usual skill and exceptional delivery, giving the character a lot of personality as a result. He’s as good in a pinch as he is in the more relaxed scenes in American Made, and he works well with the rest of the cast, whether he’s discussing a drug deal with the cartel or trying to keep his wife on side.

Little known actress Sarah Wright (Parks And Recreation) does well to bring a little bit of bedrock stability to the story as Barry’s wife Lucy. And Domhnall Gleeson (Star Wars: The Last Jedi) is pretty effective most of the time as sales main CIA contact Monty Schafer, but he does get a bit too boogie town here and there. Jesse Plemons (Fargo Series 2) also puts in a minor showing in the film, but it’s far too small for him to be anything other than incidental, unfortunately.

The cast have got some great lines to deliver thanks to the quality of the screenplay from Gary Spinelli and it’s all brought together well by director Doug Liman (Edge Of Tomorrow). The cinematography is pretty impeccable too from César Charlone (City Of God), who brings a lot of intensity, pace and interest to the shots that make up the film.

American Made may not be an absolute winner, but it’s definitely worth a watch, weaving in a lot of insight into the underbelly of the criminal underworld and it’s ties with both politics and intelligence organisations. The ending to the film could’ve probably been treated a little more poignantly, which brings our review score down a little, but this is still a solid film.