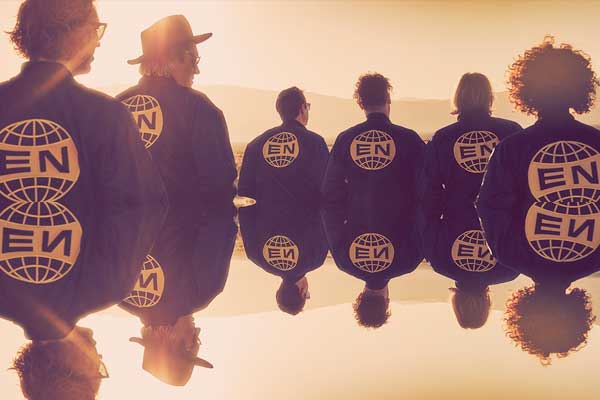 Arcade Fire has been one of the most consistently excellent alt-rock bands of the last 20 years, producing three outstanding albums along the way, and the Canadian band is about to return with what we’re hoping will be yet another in Everything Now. While Reflektor didn’t quite have the same impact as Funeral, Neon Bible or The Suburbs, the new album is already shaping up to be a return to form for Win Butler, Régine Chassagne and the rest of the band.

In addition to confirming the release date, Arcade Fire has now announced the full track list for the album and put out two of the songs with full music videos, which you can listen to below. To add even more excitement to the news, there’s also going to be a mini European tour, which will see the band playing live in the UK on three dates in early July. You can see more details on the release date, songs and UK gigs below.

Everything Now will be out in record stores next month with a release date confirmed for 28 July 2017, just a little after the bands live dates in the UK. It’ll be available on CD, vinyl and digital download, but for some reason it’s not currently listed on the band’s official store, so either somebody has forgotten to update it in the effort to create the fancy Everything Now website, or it’s just a part of the plan to get us all back down the record store in person, bless em.

Arcade Fire has released two songs from Everything Now as singles including the title track from the album which you can take a listen to below. It’s incredibly catchy, so much so in fact that you might be put off initially, but it’s well worth sticking with as it grows on you in time with yet more social commentary questions from the band in the lyrics, which focus on the modern day need for everything right now.

It picks at the instant gratification that we all crave, while also doubling back on the idea of having everything you want or the achievability of that as a goal. It’s pretty deep. There’s a certain easy listening, old-headed spirit behind it, all wrapped up in an uptempo jump suit and pan pipe interjections, but it’s hard to pretend not to connect with it at least a little. The video below is a bit random, but who doesn’t love levitating cacti and flaming billboards!

The second of the songs is Creature Comfort, which is a shiny slow burn with sci-fi synth and a minimalist lo-fi delivery, which emphasises the power of the track when it lands. It’s our favourite of the two singles and piles in with yet more deep lyrics, hauling life, death and suicide over the coals of self worth in modern society. Check out the hyper cool video below.

The band will only be touching down in the UK for three live dates in the first week of July. The first will be at London’s York Hall on the 4th, followed by a second set at the same venue the following night. Arcade Fire will then close out its mini stint in the UK at Castlefield Bowl in Manchester on the 6th July before heading back to mainland Europe to finish off the tour.

We’re pretty hopeful for Everything Now and with two solid songs on the tracklist in the bag, it shows that a band can continue to innovate no matter how much time it’s been together. We’re expecting a lot more from the rest of the album and hopefully a complete return to form for the much-loved band. The world need more Butler’s and Chassagne’s, but thankfully they’re vocal enough to fill the void.