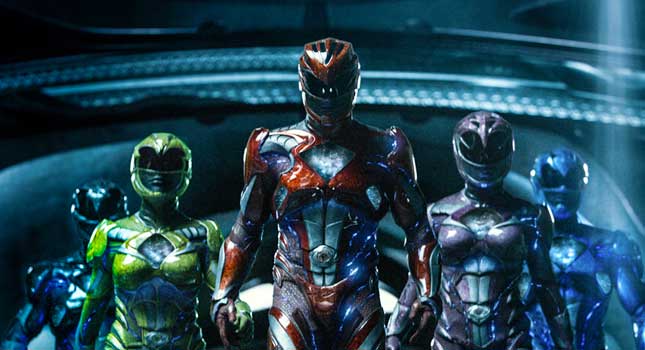 Fans of the original TV series and big screen behemoth will be pleased to see a rebooted Power Rangers movie arriving on the big screen in Spring 2017, followed by the DVD, Blu-ray and digital download release in the summer.  With a fresh-faced new cast of potential teen icons and a couple of more established actors in the cast, including Bryan Cranston (Kung Fu Panda 3) and Elizabeth Banks (The Hunger Games: Mockingjay – Part II), it’s all set to be a full-force remake.

From the look of the trailer below, there’s a lot more polish to it all this time around, with the latest CGI and special effects combining with more of a subtle setup story to introduce the Rangers and their Power Zords to a new generation. However, old school fans will be pleased to see both the garishly coloured suits and Zords back in action as they take the fight to an evil invasion of planet Earth.

Power Rangers had a UK release date at the cinema on the 24th March 2017, which is the same day it arrived on the big screen in the US. It had a fair amount of competition at the box office in the UK with everything from sci-fi thriller Life, to biographical explorer adventure The Lost City Of Z and the daft comic remake of CHiPs to contend with.

The 2017 remake has been confirmed for a DVD release date in the UK of the 31st July 2017 and it’ll also be out on Blu-ray and digital download rental on the same date. You’ll be able to own the film first on digital with Power Rangers (2017) expected on iTunes and Amazon Video on the 17th July. 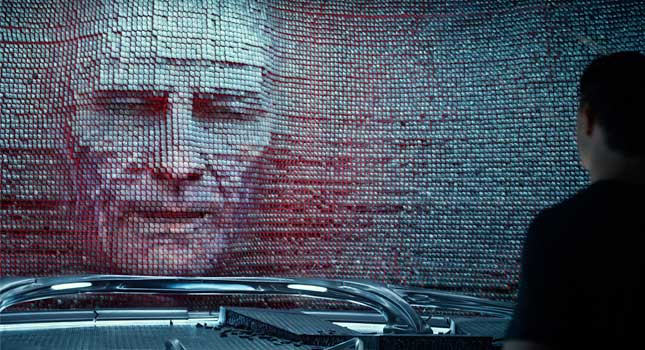 While there’s very little difference between the core story  for the remake and its 90s TV predecessor, with five teenagers being picked to be Power Rangers and save the world, there’s a bit more subtlety to the lead in to the plot. It feels a bit more like it’s at least connected to reality, instead of being wildly over the top like the TV series. They stumble upon alien technology that gives them their super powers, and eventually their suits and Zords, and as with the TV series before it, they eventually come face to face with the evil might of Rita Repulsa.

Power Rangers has been given an age rating of PG13 by the Motion Picture Association Of America, but the BBFC is yet to classify the film for the UK. 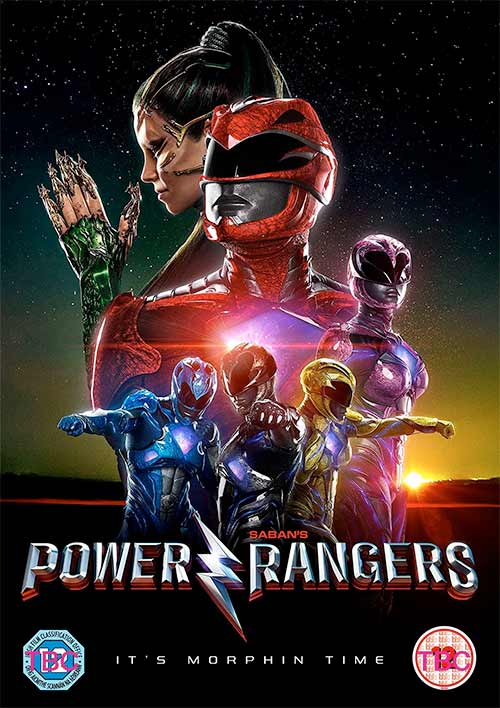 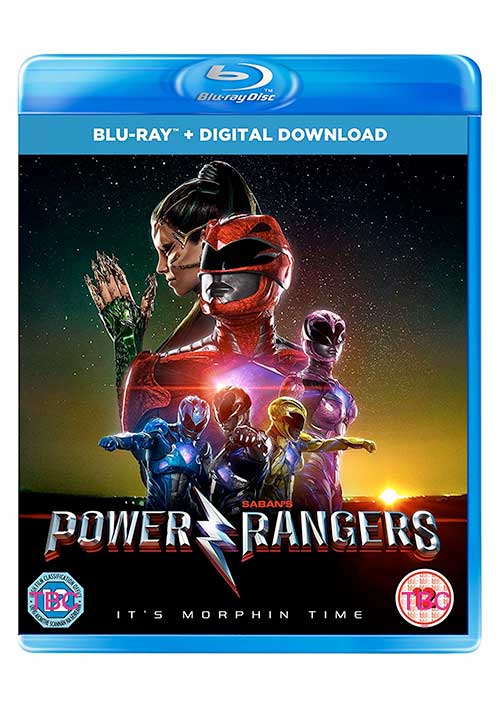 The new Power Rangers will be played by Dacre Montgomery as Jason Scott, the Red Ranger; Naomi Scott as Kimberly Hart, the Pink Ranger; RJ Cyler as Billy Cranston, the Blue Ranger; Becky G as Trini, the Yellow Ranger; and Ludi Lin as Zack, the Black Ranger. They’re joined by Bryan Cranston as Zordon, Bill Hader (Finding Dory) as his robotic sidekick Alpha 5 and Elizabeth Banks as Rita Repulsa.

The film has been directed by Dean Israelite (project Almanac) and produced by Haim Saban, Brian Casentini, Wyck Godfrey and Marty Bowen. The screenplay has been written by John Gatins from a story by Matt Sazama, Burk Sharpless, Michele Mulroney and Kieran Mulroney. Music is by Brian Tyler (The Mummy (2017)) and Matthew J. Lloyd is the director of photography. 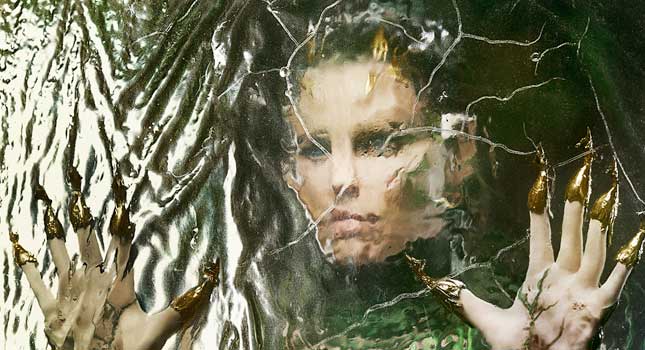 The only real way to look at the 2017 movie reboot of Power Rangers is as the light-hearted family action adventure flick it’s meant to be. From this point of view it might just do exactly what it’s meant to do and entertain anyone that likes that sort of thing. For die-hard fans of the series, the upcoming DVD release will undoubtedly be high up on the wish list. Fingers crossed it paves the way for a big budget movie remake of Thundercats!

Check out the trailer below and the pics above to see how cool both Bryan Cranston and Elizabeth Banks look as Zordon and Rita Repulsa. You can also see more on the film with on the official Twitter page.