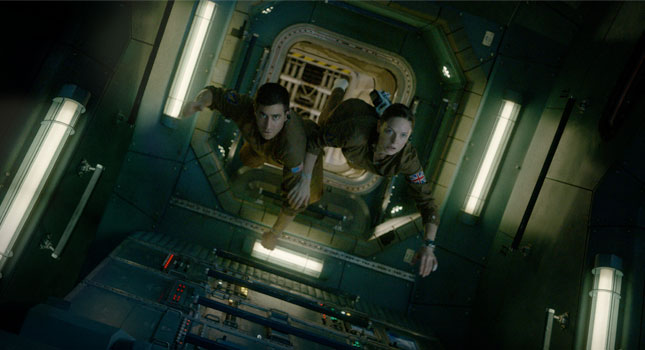 There was just enough space for a little more sci-fi horror in 2017, with the release of Life adding to the might of Alien: Covenant and the much-anticipated arrival of Stranger Things Series 2. This time the danger is off-planet, but pretty close to home with the discovery of extraterrestrial life in the International Space Station in orbit around Earth.

There are undoubtedly similarities to the original Alien film, which some have even gone on to suggest is more a rip-off than a nod. However, the creature is, in all fairness, fairly different to Ridley Scott’s xenomorph. Check out the trailer below to see the film in action for yourself with Jake Gyllenhaal, Ryan Reynolds and Rebecca Ferguson leading the cast for Daniel Espinosa’s latest directorial effort.

Life made its way to the red-cushioned seats of the big screen with a UK release date of the 24th March 2017, coinciding with the same date as its arrival in the US. It had competition from a couple of comedic remakes with CHiPs and Power Rangers out on the same weekend in the UK, so it was a relatively easy release window to take the number one spot, saving it from being blasted out of an air lock and left to the barren expanses of space.

The alien thriller came out on DVD in the UK on the 31st July 2017 with the same release date for Blu-ray. The digital download was available to buy a week earlier, and the rental on iTunes, Amazon Video and Xbox ONE video will coincide with the DVD release.

The plot takes place on the International Space Station as the crew perform a successful capture of a wayward probe returning from Mars. The probe contains a sample believed to harbour life and when they’re able to get it on board to investigate they confirm the first ET contact in history. However, just ask quickly as jubilation kicks in, the mobile organism performs some kind of Martian judo attack on the scientist performing the analysis and all kinds of frights ensue.

Life has been given an age rating of 15 in the UK by the British Board Of Film Classification (BBFC) with strong horror, gory images, and strong language. 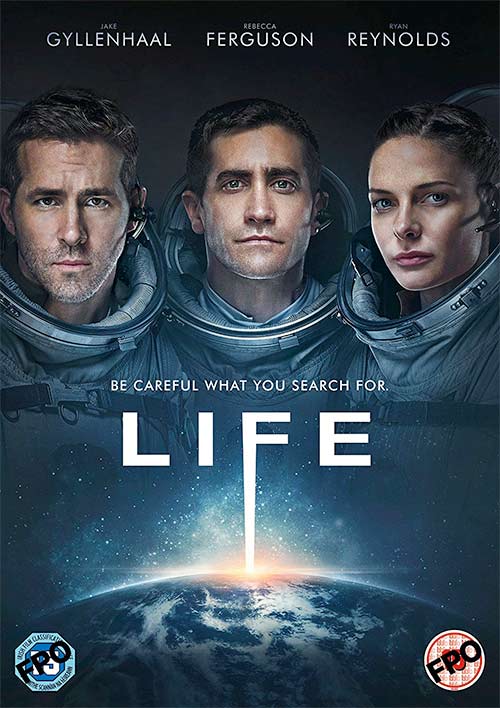 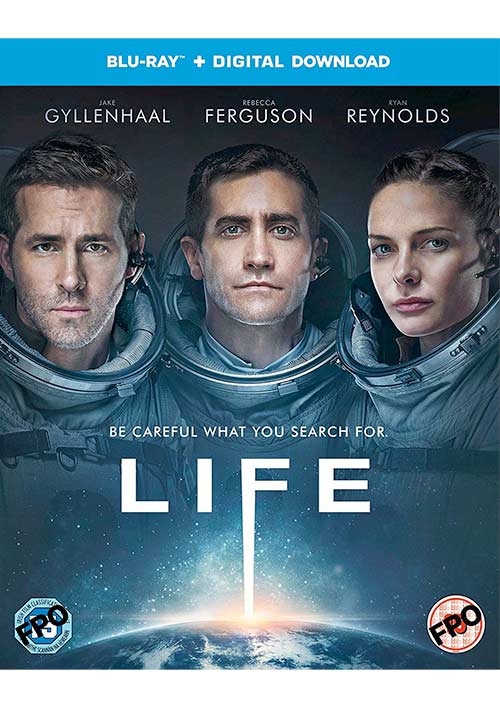 A big name cast has been assembled to star in the film with Jake Gyllenhaal (Everest) and Ryan Reynolds (Deadpool) making up one half of the International Space Station team, Dr. David Jordan and Rory Adams. Rebecca Ferguson (The Girl On The Train) also gets in on the alien battling escapade as Miranda Bragg, along with British actor Ariyon Bakare (Rogue One) as Hugh Derry, Olga Yurievna Dykhovichnaya as Katerina Golovkin and Hiroyuki Sanada (The Wolverine) as Sho Kendo.

Life has been directed by Daniel Espinosa, who’s previous credits include Safe House and Child 44. Paul Wernick and Rhett Reese have written the screenplay with Bonnie Curtis, David Ellison and Dana Goldberg producing. Executive Producers are Don GrangerExecutive and Vicki Dee Rock. You can see more on the production, along with way too many stupid gifs at the film’s official Twitter page.

We’re easy pickings when it comes to sci-fi horror, but we learned our lesson with Prometheus, and we were similarly disappointed with Life. While Ridley Scott’s efforts have been reprieved with the release of Alien: Covenant recently, Daniel Espinosa’s film has just the ending as its most prominent salvation with the addition of some effective cinematography and impressive visuals.

The comparisons to Alien aren’t without their foundations, so it definitely feels like you’re watching something that has been done better elsewhere. Life has a few good jumps, but unfortunately too many of them are in the plot and dialogue. It’s a tense sci-fi thriller at times, but it wasn’t enough to win us over with middle-of-the-road performances from the cast. Read our full review for more details.