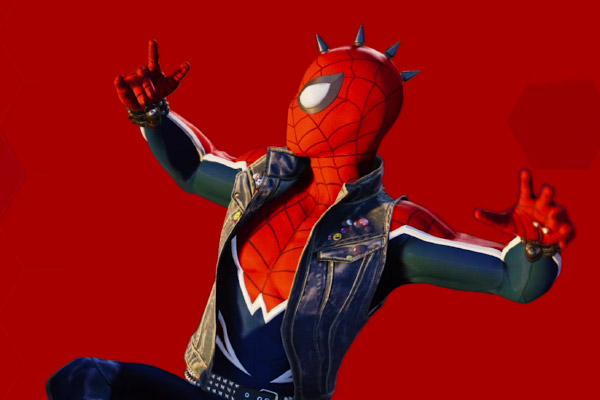 So the global release date for Spider-Man PS4 has been confirmed with the latest video from Insomniac Games, Marvel and PlayStation, but the addition of a punk suit was just as cool a surprise. It has been a while since we heard anything new about the game, but the latest video, which you can see below, confirmed that it will be arriving on September 7th, 2018, so there’s just five more months to wait for what is shaping up to be one of the year’s coolest games.

The PS4 exclusive has been on a lot of wish lists since it was first revealed at E3 2016, and with each new piece of the puzzle, anticipations grows a little bit stronger. The biggest missing chunk was the official release date, which has now been wrapped up with the reveal in the video below, but it would appear as though there are still a fair few surprises to come from the development team working on the game at Insomniac.

In addition to the release date, the video also showcases the potential of the suit variations that you’ll be able to choose from when Spider-Man PS4 lands in September 2018. The first of these can be seen in the video with a Mohican mask, cut-off denim jacked, studded belt and Converse-style sneakers being added to create the Spider-Punk suit, which we’re big fans of.

It’s the first of three pre-order bonus suits that will be available from launch with the second, and as yet undisclosed suit, due to be confirmed in the coming month or so. The final mystery suit will be announced in July, just a couple of months ahead of the release date, and if the first suit is anything to go by then it should be a cool trio for pre-order gamers to take the fight to Mister Negative in.

In addition to the suit pack, pre-order will also give you early access to Spidey’s spy drone, which looks pretty cool. Although, for any Paw Patrol fans out there, you might be wondering whether or not developers Insomniac Games took any inspiration from Spy Chase’s drone.

If that isn’t enough to get you onto the PlayStation Store to hook it up ahead of the September release, pre-orders will also get 5 extra skill points to kick you off in the right direction. It’s an impressive bundle and we’re looking forward to seeing the next two suits in action, but there was already more than enough hype surrounding Spider-Man PS4. Now it’s just a case of counting down the click before we get to swing into New York for the epic adventure.