Sequels don’t normally have such a long interval between them, but that only adds to the anticipation for the Doctor Sleep DVD, Blu-ray and digital UK release date (details below). Following up on The Shining was never going to be easy, but with a story only recently penned by Stephen King and a trailer that sets things up well it could be one of the must buys releases of the year for horror fans.

Stephen King’s work is getting a new wave of interest at the moment thanks to the release of It and It: Chapter II, but Doctor Sleep will be the first new story from the horror writer to arrive on the big screen in a long time. Written in 2016, it picks things up with Dan Torrance years after the events at Overlook Hotel and with Ewan McGregor in the lead role it looks like it could be a fan favourite. 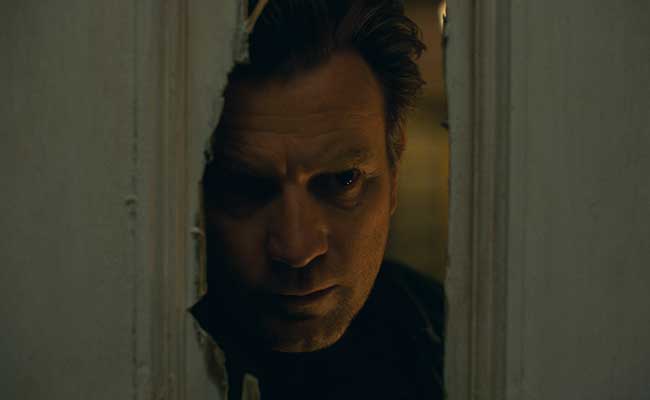 Joining McGregor in the cast is Rebecca Ferguson, who plays Rose the Hat, The main baddy for the film. She leads a group of mentalists called the True Knot, who feed on children who are gifted with the Shine. She’s the only other big name in the cast, which introduces Kyliegh Curran as Abra Stone, a girl with the Shining ability.

The Story picks up with Dan as he approaches middle age. He’s still dealing with the dark days of his escape from the horrors of Overlook Hotel, living a quiet life and avoiding his Shining abilities. When a young girl with the same ability tracks him down asking for help against the members of the True Knot, he must face his past head on and embrace his powers more than ever before.

Advertisement The Doctor Sleep DVD and Blu-ray UK release date has been confirmed for Monday the 9th June 2020, following on from its arrival on the big screen at the end of October 2019. Its link to the classic horror film The Shining makes it a pretty big deal, so it’s getting a 4K release too out on the same date.

The digital release on iTunes and Amazon Video will be the first format available to buy and it’ll be out a couple of weeks earlier, so plan for the last week of February 2020.

However, if you’re planning to wait for the digital rental release then you’re looking at the same date as the DVD, Blu-ray and 4K. We’ll update with more information once it’s been confirmed, and we’ll be back soon with details for any digital special features that are included.

The runtime for Doctor Sleep is of 2 hours and 31 minutes, so it’s going to be a long horror jaunt deep into the shining world of Stephen King. The runtime should work out as a digital file size of around 5.7Gb at 1080p in high definition, 5Gb at 720p HD and 2.6Gb in standard definition. If you’re planning to buy the digital version then check available space on your PC, Mac, PS4 or Xbox ONE hard drive before you download.

You can follow us on Twitter to see more film news or check out the official film Twitter page at https://twitter.com/DoctorSleepFilm to see more on the home entertainment release.

The Shining sequel has a UK release date of Wednesday the 30th October on the big screen, a little over a week earlier than in the USA and Canada where it will be out on the 8th November 2019. It’s got very little competition at the box office for its opening weekend, so it’s got a very good chance of going on to be the number one film in the UK.

The Doctor Sleep age rating is 15 in the UK, courtesy of the British Board of Film Classification, and while the trailer looks tame enough, the parents guide notes are strong bloody violence, gore, horror, threat, and bad language. It may not manage to get up to the scare factor of The Shining, but we’re expecting a bit more chill factor and gore in the full film, especially in the sections at the Overlook Hotel. As such, our parents guide is on the cautious side with the distinct possibility of it being a whole lot freakier than it looks.

We’ll add in more details about the film as they become available, including any special features that get added, but the information above should give you a good idea of what to expect.

Visit our horror films section to see what other scares are coming up and you can see the official Doctor Sleep page on the Warner Bros. website at https://www.warnerbros.com/movies/doctor-sleep to see more on the horror sequel.