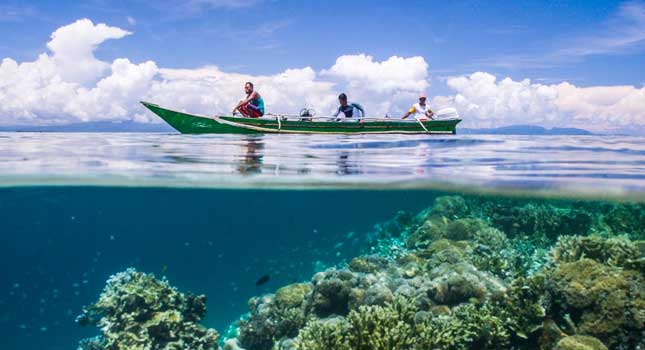 The good old Beeb have been at it again with some of the best documentary work in the business and their latest effort, Earth’s Natural Wonders on BBC 2, brings together wildlife, nature and people to take you to the heart of the planet’s most impressive spectacles. Narrated brilliantly by actress, Olivia Coleman (The Lobster) it tells the story of locals living in and around some of the world’s most impressive natural wonders and delves into their lives living with such previous locations and adapting to the wildlife that inhabit them.

The first episode aired back in August 2015 and sadly isn’t available any more on iPlayer, but the second brilliant hour-long installment has just arrived on BBC 2 and will be available on iPlayer until Friday the 22nd January 2016. The third episode will probably air in a few months time if the gap between the first two is anything to go by. It’s unusual for a documentary series to be spaced apart quite so far, but if you’ve already missed parts of it you can download the full series from the BBC store for £2.99.

Whether you back track or not, the second episode is well worth catching before it ends on iPlayer and we’ll update things here as soon as we get wind of the air date for the final episode, which should be well worth the effort if the 2nd wonderous installment is anything to go by. It’s got some incredible photography with stunning shots of the power of Victoria Falls and the beautiful reefs of Raja Ampat.

The series features twelve remarkable natural landmarks told from the perspective of the people that live in its habitat, doing what they can to survive. This ranges from fisherman wading through crocodile infested waters to get to the rich fishing opportunities in the hard to reach edges of the Victoria Falls to a diver in the Indonesian reefs of the Pacific Ocean hunting manta rays in an attempt to rage them for conservation studies.

In addition to the local people that the documentary focuses on for the most part, it also takes a lot of time to follow the tricky time the camera crew had in filming the three part series. This culminates in section showing the camera team as they follow the fishermen on their trek to the edge of the falls, taking its cue from what has become the norm in David Attenborough wildlife documentaries. While these can be a little hit and miss, the one at the end of Earth’s Natural Wonders: Episode 2 works well to emphasise the extremes of the situation.

What brings it all together though is Olivia Coleman’s softly spoken, but perfectly weighted voice, which is up there will Attenborough himself in terms of matching tone and inflections to situations. It combines with impressive camera work, great image quality, a finely-honed understanding of perspective, a little human drama and the various degrees of the power of nature to make a fresh new entry to the world of BBC documentaries.

Share our review of Earth’s Natural Wonders on BBC 2