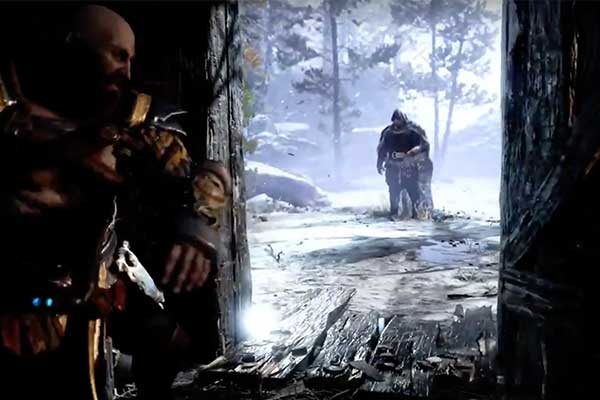 While game director, Cory Barlog, has been pretty open about the prospect of a sequel, the PS4 release puts way more context to it as it includes a God Of War 5 Thor teaser hidden ending. However, for anyone that hasn’t completed the game and wants to save the whole thing, you should know that there are spoilers ahead.

Featuring the reveal of Thor, the hidden end scene can be triggered by heading back home at the end of the game and taking a quick nap. It triggers a cut scene with Kratos and Atreus waking up during a storm and going outside to see the mighty Thor waiting for the following a “years later” text intro. You can watch it all for yourself in the video below, including our take on the prospect of a trilogy, which seems to be a distinct possibility with the success of the first game.

The reveal of the legendary character is just one of a number of hints about what God Of War 5 in the end sequences of the PS4 exclusive. It looks highly likely that Thor will go on to be the antagonist of the sequel, following Kratos and Atreus’ exploits in their bid to scatter their wife/mother’s ashes at the top of the highest peak in the Nine Realms. Along the way, they managed to slay Magni and Modi, Thor’s sons, before going on to take down his brother Baldur in the final boss battle.

If that isn’t enough to cheese him off, he’ll also have the wrathful orders of his own dad Odin to follow, which will undoubtedly see him at odds with the duo. While it’s impossible to second guess developer Santa Monica Studio, and there’s bound to be some complexity to Thor’s character, it definitely looks like we’ll be facing off against him in the next game.

What else can we expect from God Of War 5?

There’s a whole lot more to discuss in terms of what could be in store for Kratos and Atreus in the second part of the Norse adventure, not least of all the reveal that Atreus’ giant name is in fact Loki. In the original mythology, Loki is the father of the world serpent Jörmungandr, who the pair meet in the opening story with clues that the two are familiar with each other. If the same is true in the sequel then we could be looking at some sort of time travel scenario, either at the beginning of the fifth outing, or part way through.

There’s also the prospect of Ragnarok, which was a big part of the Odin dialogue in the first game. God Of War 5 should be set as Thimblewinter is drawing to a close, signalling the arrival of Ragnarok. In the original Norse mythology, both Loki and Jörmungandr are instrumental in the proceedings, so Odin is bound to have a lot to fear. We’re not expecting this to come to a head in the sequel, though, as it makes more sense as a trilogy with Thor being the main antagonist in the 5th entry and Odin having to take up the fight in the 6th.

In addition to all of this, there’s also the Freya factor, which is bound to rear its head once again. The Witch of the Woods turned out to be Odin’s former wife and mother to Baldur, and while she spent most of the first game helping Kratos and Atreus, the death of her son has taken its toll. She’ll definitely be back in the sequel, but we’re doubtful she’ll be friendly any more.

However it all comes together, the next installment in the series is going to be one of the most anticipated titles in the next couple of years. With the genius of God Of War, there’s going to be a lot of anticipation and hype surrounding 5, and we can’t wait to see how it all comes together. The big question, though, is whether or not it’ll be a PS4 title, or one of the opening games on the PlayStation 5. It seems plausible to expect it to be a duel release if it falls close to the arrival of the next console, but we’ll have to wait and see. If you thought Thor looked impressive at the end of GOW then he should be epic in ray traced detail on the PS5.