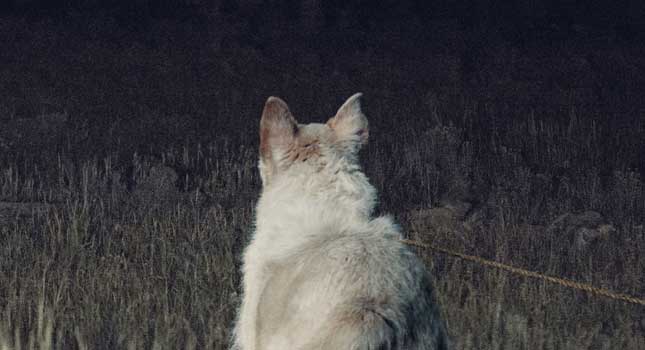 With the recent arrival of its gripping and mysterious trailer, which you can watch below, It Comes At Night looks like it might be the surprise survival horror film of the year. A little like Cormac McCarthy’s The Road, it gives little away about what exactly is going on in the messed-up world we’re presented with, however, there is more than enough suspense to draw you into the potential of the film.

It’s the latest release from newcomer director Trey Edward Shults, who follows up his 2015 directorial debut Krisha with the horror flick, which looks like it will go beyond the average slasher. Joel Edgerton leads the cast and if the trailer is anything to go by, it’s going to be a slow burn fright fest out in the middle of nowhere.

It Comes At Night had a UK release date of the 7th July 2017, a little under a month later than it’s arrival in the US on the 9th June 2017. It came out in the same week as Spider-Man: Homecoming in the UK, so it had a pretty significant, big-name release to contend with.

The solo Spider-Man flick took the top spot that week in the UK charts, while It Comes At Night finished up in the #7 spot, it’s highest position, behind the likes of Despicable Me 3 and Wonder Woman.

The psychological horror film has been confirmed for a DVD release date in the UK of the 30th October 2017, and it’ll be available on Blu-ray and digital rental on the same date. It’ll be available to own first on digital, but details are yet to be announced.

The plot picks up with a survivor living in a house out in the woods who has barricaded himself, along with his wife and son, in against whatever horror has started to come at night. Things get much more complex for them when a stranger arrives who turns out to have his own family, tugging on our survivors’ heartstrings to let the newcomers join them.

Working together initially to secure their safety in the aftermath of a cataclysmic event, paranoia starts to creep in and the fear of whatever lurks outside starts to cut through their defenses. The trailer only gives fleeting glimpses of what might be going on, but in general it’s not known what the entity or disease is that seems to be causing the nightmare situation, which adds to the sense of foreboding in the story.

It Comes At Night cast

Joel Edgerton (Loving) plays the father of the family with Carmen Ejogo (Alien: Covenant) as his wife and Kelvin Harrison Jr. (The Birth Of A Nation) playing his 17-year-old son Travis. Christopher Abbott (Whiskey Tango Foxtrot) and Riley Keough (Mad Max: Fury Road) round out the sparse cast list as the desperate young couple that join them with their infant child.

You can check out the main cast from the film in the gallery below:

The film has been given an age rating of 15 in the UK by the BBFC with strong language, violence and disturbing scenes.

It Comes At Night has been written and directed by Trey Edward Shults for A24. The production company’s credits include Free Fire, Room and Ex-Machina and you can see elements of each in the survival horror confines of its latest film. You can see more on the production, and the rest of the A24 slate, on its Twitter page.

It Comes At Night is looking pretty creepy from the look of the trailer and with Joel Edgerton in the cast you’ve got to expect good things from the film. It clearly has a moral dilemma sting in the tail as the plot develops with its end of the world setting, so it should be an incredibly interesting psychological thriller, despite it’s limited performance in the UK charts.

Review scores have been strong for the film since it’s release on the big screen, averaging 4/5 stars, so it could go on to fair better on DVD and Blu-ray when it comes out in October. With Halloween a day after the UK release date, there’s bound to be a lot of people looking to add to Stranger Things Series 2 for their fright night viewing.

It Comes At Night trailer: