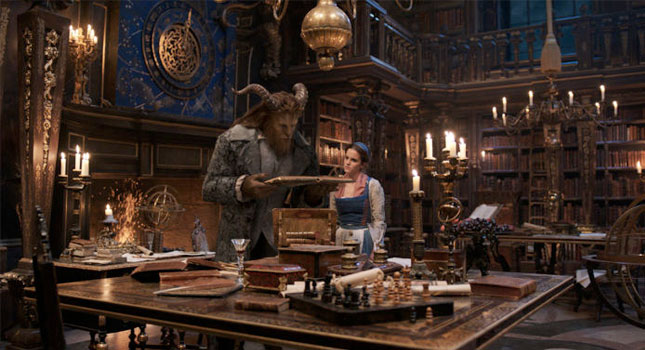 Just when you thought Disney had exhausted its remake and reboot catalogue, it shows up in 2017 with yet another as the live-action adaptation of Beauty And The Beast got its release. It follows up on the family cartoon gem that was the 1991 animated musical and from the look of what we’ve seen so far, it’s pretty much a close reproduction of it, but with live actors and CGI in place of the animated drawings used back in the 90s.

With Emma Watson (My Week With Marilyn) in the leading role as Belle, Ewan McGregor (T2 – Trainspotting) as Lumier and Ian McKellen (The Hobbit: The Battle Of The Five Armies) as Cogsworth, Disney has thrown some big names into the cast to validate the remake. You can see how it has come together in the trailer below, along with a few of the cast members in action and the ferocious Dan Stevens as Beast.

The musical hit the big screen in early 2017 with a UK release date on Friday the 17th March, which was the same date as the US release. It had competition at the box office from horror flick Get Out, Romanian drama Graduation, and Kristen Stewart drama Personal Shopper, which all came out on the same opening weekend in the UK. It was available to view in both 2D and 3D.

The Beauty And The Beast (2017) UK DVD release date was on the 17th July 2017 and it was also out on Blu-ray and Blu-ray 3D in the same week. The digital download arrived to buy on the 10th July and the rental was available on the same date as the DVD, but for big Disney fans this is bound to be more of a keeper than just a one-time watch.

The story follows the 1991 animation pretty closely, with all the same characters and general progression as before. It centres on Belle, a smart girl who gets sick of her backwards French town and finds herself on adventure as she heads out to rescue her dad, who went missing on a trip to the market. When she catches up with him in the prison of a seemingly abandoned castle, she discovers that he’s been held by a vicious beast man, leaving her with no choice but to exchange her own captivity for her fathers freedom.

As you can expect, this makes for a pretty strained beginning for the eponymous Beauty and the Beast, but with an enchanted castle as their playground, anything’s possible. 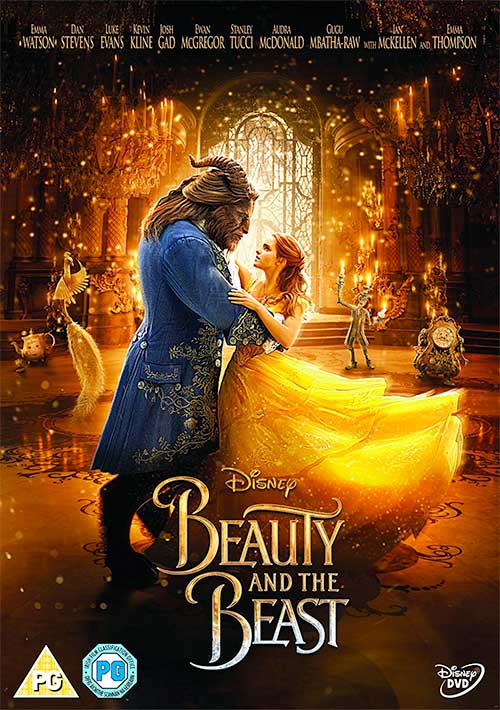 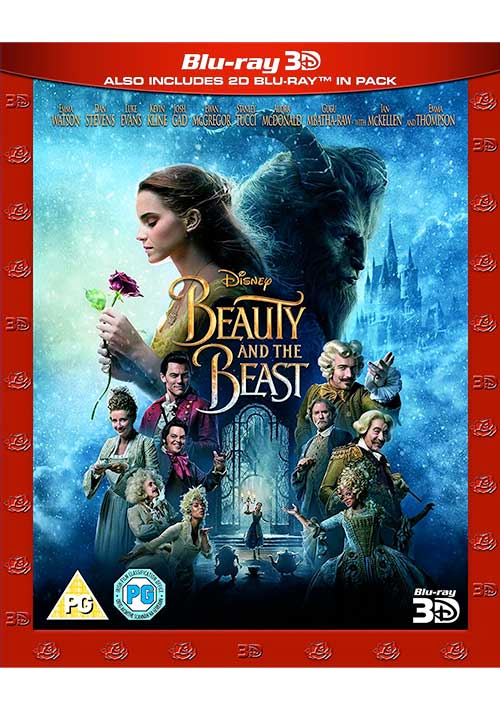 In addition to Emma Watson as Bell, McGregor as Lumier and McKellen as Cogsworth, the cast also includes Dan Stevens (Night At The Museum: Secret Of The Tomb) as the Beast and Luke Evans (The Hobbit: The Battle Of The Five Armies) as Gaston. Kevin Kline (Bob’s Burgers) plays Belle’s father Maurice, Josh Gad (Pixels) takes on Gaston’s flunkie Le Fou and Emma Thompson (Bridget Jones’ Baby) stars as Mrs. Potts.

Beauty And The Beast (2017) has been given an age rating of PG in the UK by the BBFC with a little mild violence and threat.

Bill Condon has directed the film with David Hoberman and Todd Liebermann producing. Alan Menken, who composed the score for the previous film, has returned to create the music and songs with Howard Ashman. You can see more on the production at the Disney Twitter page.

There’s a lot of similarity between the 1991 animation and the trailer below for Beauty And The Beast (2017), and the film turned out to be much the same, with a few clever additions and plot developments. It’s fun to see the film being brought to life with live action and CGI effects, but it’s still overshadowed by the original.

It’s slow to get going and has a lot of slack in the first hour, but things get more interesting after that to deliver better pace and draw you into the story once again. The cast is pretty strong, with great performances from all of the big names, especially Luke Evans and Josh Gad. The film did very well on the big screen and it’s bound to be a contender for DVD and Blu-ray collections for fans of the film. Read our full Beauty And The Beast (2017) review for more details.