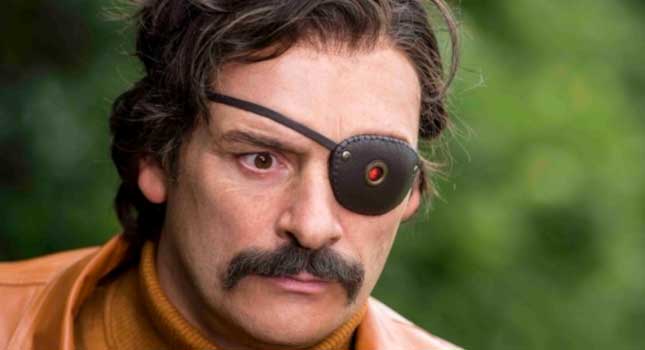 If you’ve been wondering whatever happened to Julian Barratt, AKA Howard Moon from The Mighty Boosh, the good news is that he’s back this year with new comedy Mindhorn, which will be coming to DVD in the UK in September. The film sees him looking and sounding a hell of a lot like Howard Moon, which we’re taking as a good thing, and he’ll be playing the washed up remains of a former TV star who is brought back from the brink of obscurity by a mad man.

Think Birdman meets Alan partridge: Alpha Papa and The Mighty Boosh in an alternate dimension far far away and you wouldn’t be too far from the end result. You can check out the trailer below to see him in action as the title character and with Steve Coogan adding to the cast, it’s one we’re putting in our Filofax’s must do page. Chicka-chicka, Oww!

Mindhorn had a release in the UK on the 5th May 2017. We’ll be very surprised if it sees the light of day in a US cinema, but we’ll keep the North American Julian Barratt fans updated if it ever does come to pass. It was out in the UK on a pretty clear weekend, with no other big movie releases scheduled for the same date, but with Guardians Of The Galaxy 2 out the week before and Alien: Covenant the week after, it’ll be the filling of a big budget sci-fi love sandwich.

The DVD release date has been confirmed for the 4th September 2017, along with the Blu-ray and digital download rental. iTunes has it down as expected to arrive to buy digitally on the 28th August 2017, which will be your first opportunity to buy the film.

The plot follows the twilight years of Richard Thorncroft, a fading actor who was the huge star of 1980s TV action detective thriller, Mindhorn, which was set on the Isle Of Man, AKA the Florida of the UK. Now bald and sporting a rather dashing wig, he’s a pale shadow of his former self, but when a mad Manx criminal, suspected serial killer Paul Melly, goes on a rampage and demands to speak to Mindhorn, believing him to be real, his washed-up career is catapulted back into action.

Forced to revisit the character of his younger, fairer days, he dons his eye-patch, which was used in the show to hide his robotic truth-telling eye, and throws himself into the chase with a tad bit too much gusto.

Mindhorn has been given an age rating of 15 in the UK by the BBFC with strong language and drug misuse.

Simon Farnaby came up with the original idea and penned the screenplay with Julian Barratt. Sean Foley (The Ladykillers) directed the film with Jack Arbuthnott and Laura Hastings-Smith producing. You can see a little more on the production with the official Twitter page.

Having missed (sometimes dearly) both Julian Barratt and Howard Moon, we’re massively looking forward to the DVD release date for Mindhorn in September. The trailer is looking hilarious and we love the fact that the film has cast both Andrea Riseborough and Steve Coogan to show the vague parody links it has. Fingers crossed it lives up to the legacy of the great elbow patch wizard in the sky. 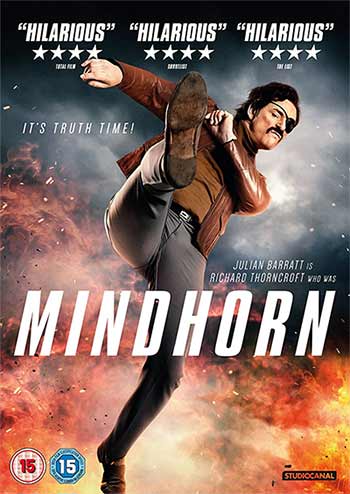 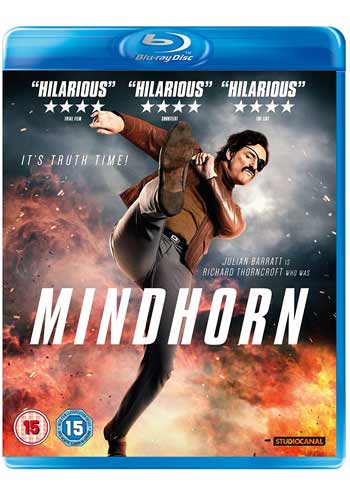