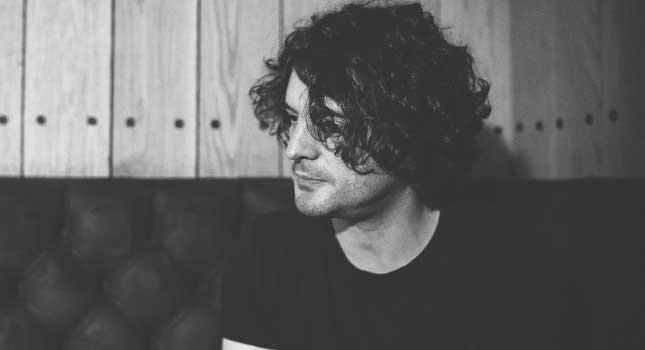 Following up on his exceptional second solo album, The Rookery, Chris Helme will be hitting the road again in 2016 for a series of UK tour dates. With a little over three years since his last significant outing to support the album, it’s set to be another experimental psych-folk roller-coaster for the former Seahorses front-man, who’ll be showcasing new material on the sixteen-leg cavalcade.

The tour comes as he’s about to release the eagerly awaited follow-up record to The Rookery, but there are no details on when the new album will be released as of yet and it was initially touted as maybe last year, so 2016 should be the year. However, what we do know is that it will be preceded by the upcoming release of Chris’ new single, You’re Too Bad, which will be arriving anon if the runes and soothsayers are to be believed.

The tour will see him calling in on a fairly unconventional list of cities that includes everything from Fareham and Greenock to Kirkcaldy and the very specifically designated Saltburn By The Sea, on the coast just outside of Middlesbrough. Luckily for us, the gigs will also include a few bigger cities along the way, including Cardiff, Leicester, Aberdeen, York and Manchester.

It hasn’t necessarily been an easy musical ride for Chris Helme over the years with his troubled origins with John Squires’ ill-fated Seahorses, which released but one album, Do It Yourself, back in 1997. The band had begun work on a follow up album, but split soon afterwards when they couldn’t agree on the musical direction of the band during the recording process.

Fortunately, he’s gone through a long and arduous Renaissance in recent years, which culminated in the dreamy and textured psych-folk genius of The Rookery in 2012, following a certain amount of solo work and two albums with The Yards since the Seahorses split. Now he’s about to back it up with the all important third album and the 2016 UK tour dates will be your first opportunity to hear his new material, along with the fat-free brilliance of his debut album.

Share the details for Chris Helme’s 2016 tour dates with: