If you’re looking for a rundown of Ed Sheeran Equals best songs and top ten singles then you’ve come to the right place. You can also see the full track list at the bottom of the page to get a feel for all of the songs on the 4th solo studio album from the Halifax pop cruncher.

It might seem like Ed is everywhere, always, as he has dominated radio airtime since his debut album Plus (+) in 2011, but he’s only had 4 solo records in the intervening ten years. It’s also been a whopping four years since the March 2017 release of his 3rd solo album, Divide (÷), although, the global COVID-19 pandemic has obviously had an impact on the things.

Advertisement Equals – or “=” as it’s stylised in the title – had a global release date of the 29th October 2021, so it finally here for your to listen to in full. We’ve had a chance to listen to all of the pop tracks now, so we’ve updating our best songs and top 10 singles details to add to our previous updates. It should give you a good idea about where to start if you’re just looking to select the pick of the bunch for your next playlist.

Ed Sheeran released three songs as singles to promote the album and the first two have made it into our pick of the best songs from Equals. The third song, Shivers, doesn’t quite land as well for us, but it still made it to the number 1 spot in the UK and even picked up a top 10 in the US.

Advertisement He also put out Overpass Graffiti to launch the album on the 29th and that did make it into our list, but with a 14 song track list and solid reviews for the album, there are more top picks that are worth checking out with details below:

If you haven’t heard this at least once on the radio already then you’ve probably been living on the International Space Station or hitchhiking through Outer Mongolia for the last six montsh. The track itself is a mid-paced pop track with comparisons to The Weeknd. It’s a catchy song that split critics a little. However, it went on to pick up the number 1 spot in the UK singles charts, so the more negative reviews haven’t been able to dent it’s impact on the public.

The second single from Equals is a slower acoustic guitar track with stripped back appeal linking in with the bitter sweet wish to see a loved one that has passed away.

Advertisement It’s a dedication to Australian music promoter Michael Gudinski, who passed away in March 2021 and features backing vocals from Kylie Minogue and Jimmy Barnes.

This is a synth pop hit that’s got number 1 single written all over it. It’s got good pace and a lot of variation, so definitely worth adding to your playlist.

This is the opening track from Equals and while it starts like a slow song, it quickly transitions into a simple acoustic guitar track with a mid-tempo beat. It makes for a solid start for the record with its deeper interludes and speedier chorus and verse, which kind of sets the bar for everything else.

The last track on the record has got strong vocals and a smart ticking soundscape that’s hard to fault. It’s definitely a case of saving one of the best until last.

If you’re looking to support us, you can follow us on Twitter for more of our music news and reviews. Obviously our list of Equals best songs is a subjective take on the album, so feel free to tweet us to let us know if you see things differently. You can also see more on the album in the run up to the release with the official Ed Sheeran Twitter page at https://twitter.com/edsheeran.

If you’re a big Ed Sheeran fan then you’ll be pleased to know that he landed three top 10 singles from Equals pretty much as soon as the songs came out. Both Bad Habits and Visiting Hours made their way into the UK charts with ease long before the album release.

The former topped the charts at number 1 and the second picked up the number 5 spot in its first week in the charts, which is a strong result for any album. Shivers also went on to be another one of his chart topping tracks, picking up the number 1 spot in the UK along with 22 other countries.

The latest single, Overpass Grafitti has only just been released, though, but with Ed’s huge fan following it’ll be surprising if he doesn’t pick up yet another top 10 single with it.

The Equals track list is a fairly hefty 14 songs in total and just basing things off the first two singles it was on the way to finish up being around 1 hour 10 minutes long.

Advertisement However, there are shorter tracks on the album, so the total runtime is closer to 48 minutes, which is still pretty good chunk of music with five of the tracks getting into our top picks list above.

We’ll update you with more details on the album as they get confirmed. You can also check out our movie news section to keep tabs on the latest upcoming films, or visit the Ed Sheeran website at https://www.edsheeran.com/. 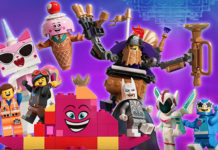 The Lego Movie 2 theme song goes all out catchy