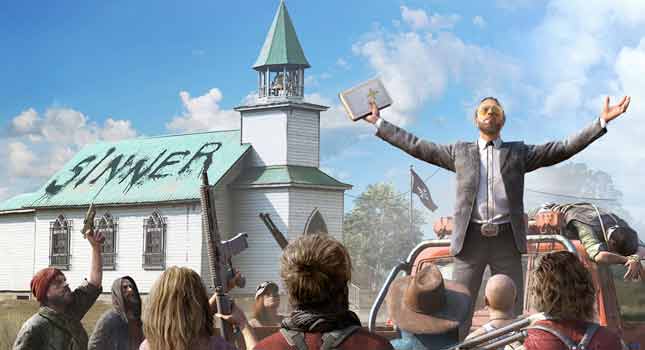 With all of the presentations complete, here’s our pick of the 10 best games at E3 2017. A lot of the exciting development announcements are still a long way away, but there are also a fair few more advanced games that have upcoming releases scheduled in the next year.

Mario, a crazy new hat with magic powers and a giant t-rex? What’s not to like in this big world adventure for the little mustachioed plumber. E3 saw a lot more gameplay action, including the demo above. The Super Mario Odyssey release date is planned for the 27th October 2017.

Spidey has got a lot of skills in the PS4 exclusive, Marvel’s Spider-Man, which is looking very exciting. The gameplay action above shows off the wide range of his moves, whether he’s swinging through the city or taking out the bad guys. It’s slated for 2018.

We’d already seen a lot of Destiny 2 ahead of E3, but it’s still one of the biggest upcoming releases and the latest trailer above shows off what you’ll be up against when the game comes out on Xbox ONE, PS4 and PC on the 6th September 2017.

While we’re not bowled over by the prospect of Assassin’s Creed Origins, we can’t fault the size, scale and majesty of the game from the look of the gameplay trailer and demos that featured at E3 2017.

The Nintendo Switch hit on a lot of gold during E3 and the full reveal (above) for Elder Scrolls V – Skyrim only added to the gamer love for the console. It’s due out ahead fo Christmas 2017.

The only thing keeping a lid on our excitement for God Of War is the lack of definitive release date. Like a number of Sony exclusives, it’s way off, with this down for 2018 along with Spider-Man PS4, so for now you can appreciate the cinematic and gameplay action in the trailer above.

There’s even less to go on for Nintendo’s big announcement about Metroid 4, but it’s definitely one to get a little geared up for. The video above tells us nothing whatsoever, but it’s still one of the biggest reveals at the conference.

We’re a little on the fence about Days Gone. It could be brilliant, but equally it could go on to be just another zombie hack-o-thon. The release date is still down as TBC, so there’s still time for development. Check out the demo above to see how it’s all shaping up.

Anthem was one of the surprise games of E3 2017 and you can see from the gameplay trailer above that it’s already looking like it’s got potential. No release date as of yet, so we’re expecting it to land in 2018.

There were a lot more games at E3 this year and you can check out the best of the rest with out E3 2017 playlist at our YouTube channel. Don’t forget to subscribe for more great videos and playlists.