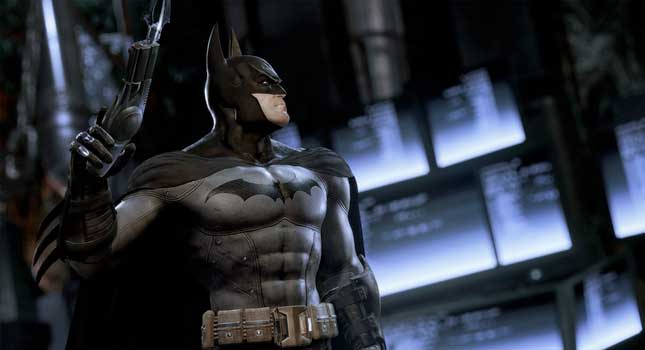 The Dark Knight is about to get a reboot of sorts in Batman: Return To Arkham, which combines both Batman: Arkham Asylum and Batman: Arkham City in one mega bundle game. With updated visuals for the Xbox ONE and PS4, it will be released along with all of the DLC and additional content all in one game, so if you haven’t played either, or if you just fancy reliving past glory with a bit more graphical might than the last time around then this could be one to add to the list.

Originally released for the PS3, Xbox 360, PC and , this will be a welcome arrival for any latecomers to the Arkham party. If you’ve played Arkham Knight, but not the previous games, this is the perfect opportunity to backtrack to catch up on what happened leading up to the events of the latest game in the series.

Batman: Return To Arkham has been confirmed for a UK release date of the 21st October 2016, bringing a whole lot of Gotham saving to the PlayStation 4 and Xbox ONE. It arrives a few days after the US release on the 18th October 2016, so there should be plenty of reviews and videos to base any purchase decision on over this side of the Atlantic.

The two games are packed with Batman storylines, which see the Caped Crusader facing off against a whole host of Gotham nasties with The Joker acting as the ringleader to all of the anarchy. The Riddler, Mr. Freeze, Penguin, Catwoman and Harley Quin all put in an appearance, so you should buckle yourself up for a lot of comic book brilliance as the intricate plot to beoth of the games unfolds.

In Batman: Arkham Asylum, the story revolves around a plot hatched by The Joker to take over the Arkham Asylum and trapping Batman inside with the whole institution’s inmates baying for his blood. Using the threat of bombs hidden throughout Gotham City the Bat is forced to fall in line with The Joker’s plans, giving him the mammoth task of taking on the horrors of the Asylum in a bid to get to Smiler himself.

Batman: Arkham City is set within a new super-prison called Arkham City and once again Batman finds himself trapped in the heart of the facility. With a Hugo Strange as the prison warder, a sinister scheme known as Protocol 10 and more villains than a Suicide Squad rap party, Batman has a lot on his chiroptera-shaped plate.

As you’d expect, Batman has got a lot of surprises up his snugly fitting sleeves with everything from stealthily sneaking around and silently taking out enemies to battling them face-to-face with brutal combos and using all manner of tech to outfox them. As is the case with Batman: Arkham Knight, you’ll also have the gliding capabilities of your cape, along with the grappling gun to use to get around the city fast and unnoticed. Sadly, there’s no Batmobile in either of the previous games, but then it was a source of contention in terms of the reception for Arkham Knight, so a fair few of you may be happy with this.

Detective Vision is another big element of the gameplay and you’ll be able to use this to find clues and trace activity to work out where to go next as the gameplay and storyline develop. The Baterang will also be a big part of your arsenal, along with other tech like explosive gel and the Cryptographic Sequencer to open security panels.

Though there’s a distinct graphical upgrade from the previous gen release of the game, the visuals are not mind blowing, so don’t expect it to be quite as epic as say Gears Of War 4, Watch Dogs 2 or even Batman: Arkham Knight. The details are nice and the rendering is fairly slick, so you’re not going to notice too much difference between it and its more advanced contemporaries, but with such an epic story and solid gameplay there’s plenty to keep you busy outside, irrespective of the graphics.

Both games were landmark moments in the history of gaming when they were released on the PS3 and Xbox 360, so bringing them both together in one suped-up bundle for the Xbox ONE and PS4 isn’t a bad thing by anyone’s standards. The graphics update probably doesn’t work hard enough to persuade too many gamers that took on the challenge of the previous gen games to try their hand at it again. However, for gamers that missed out it’s a perfect excuse to backtrack through the older adventures with a nice new shiny re-skin to admire.