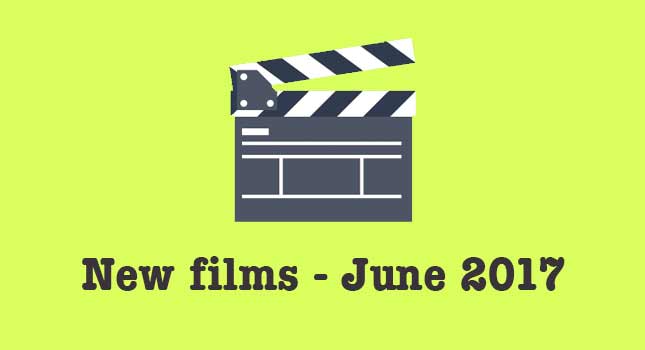 With rave reviews and more than a few great trailers behind it, surely the big release for new films in June has got to be Wonder Woman, which hits big screens in the UK at the start of the month. However, it’s not all DC and Diana Prince love as there are a number of other big new films coming out too, along with a few new DVD, Blu-ray and digital download titles to look out for, so here’s out run-through of what’s on. You can also check out our movie release dates and DVD release dates pages to see what’s out later in the year.

New films out in cinemas the UK in June

In addition to Wonder Woman, Hollywood will also be throwing in a reboot of The Mummy this month starring Tom Cruise, along with Transformer: The Last Knight, Baby Driver and Despicable Me 3. You can see all of the new films out in June 2017 by-date below.

Don’t forget to subscribe to our newsletter for the latest film news and reviews.

Share the new films, DVD and Blu-ray releases for June 2017: