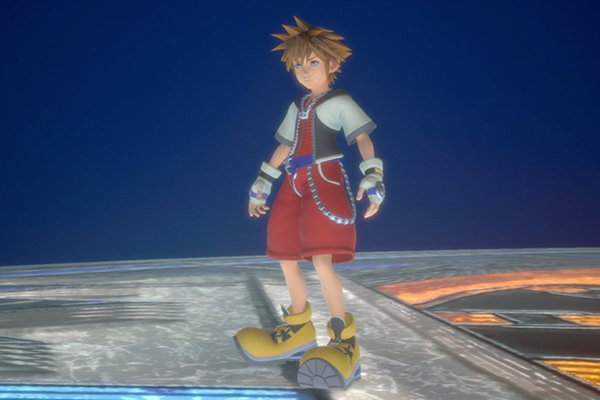 It’s been a long time in the making, but our Kingdom Hearts 3 walkthrough is finally up and running and you can check out all of the action with Part 1 of our YouTube gameplay series below. There hasn’t been a new entry in the series for yonks, and while the late January 2019 release is a little unusual with Christmas just behind us, it’s up on the little screen, so here we go.

The game starts off with a number of cinematic story intro pieces, including the chess playing trailer that came out a while ago.This comes after a chat between the chess players, who are dressed in light and dark clothing to match the game that they’re playing and the two sides of their argument. They talk about the Keyblade war and while things seem friendly to begin with, there’s definitely an underlying tension and concealed truths at play during the game.

From there, the intro transitions into the trailer before you find yourself as Sora, who has awoken in the Realm Between Words. It gives you a series of choices in terms of how you want Sora to start out in KH3. It acts as a mini tutorial for Kingdom Hearts 3, reminding older players how it goes and preparing newbies for the upcoming battle with the darkness.

This is the main action in Part 1 of our walkthrough, but it gets a little interesting before the end as Heartless appear for you to test your Keyblade against. They’re fairly easy and you can just hack and slash them into nothing, but things got more complicated when a large boss shows up out of the floor.

You probably won’t run the risk of actually bowing out against it, unless maybe you’re taking it on in Proud mode, but it’s good to start off well. You don’t have too much in the way of Forms or anything cool, so it’s literally Kingdom Hearts nuts and bolts of simple Keyblade attacks for now.

The Giant Heartless throws orbs of darkness at you as it’s main attack. It’s tempting to just run in and try to take it down by the ankles, like I do at the start of the YouTube walkthrough video above, but sadly it doesn’t take any damage there. Instead, you have to aim for its hands.

Keep hitting them and use jump and dodge to get close enough if you have to and you should be able to finish it off without too much of a sweat. This will see you flashing back to Master Yen Sid who tells you that you’ve lost your strength and abilities, so you need to head off to regain them. You can check out all of the story cinematic pieces in the walkthrough video if you miss or forget anything.

Next up, there’s the might of Hades and Olympus to take on, which is the first World that Sora travels to in Kingdom Hearts 3.

More from our Kingdom Hearts 3 guide:

You can read more world hints and tips like our Corona walkthrough with the rest of our Kingdom Hearts 3 guide, including every boss fight along the way. You can use our KH3 guide navigation below to find the section that you’re up to: